Shkagamik-Kwe Health Centre is encouraging urban Indigenous people to call in right away
Mar 31, 2021 9:00 AM By: Sudbury.com Staff 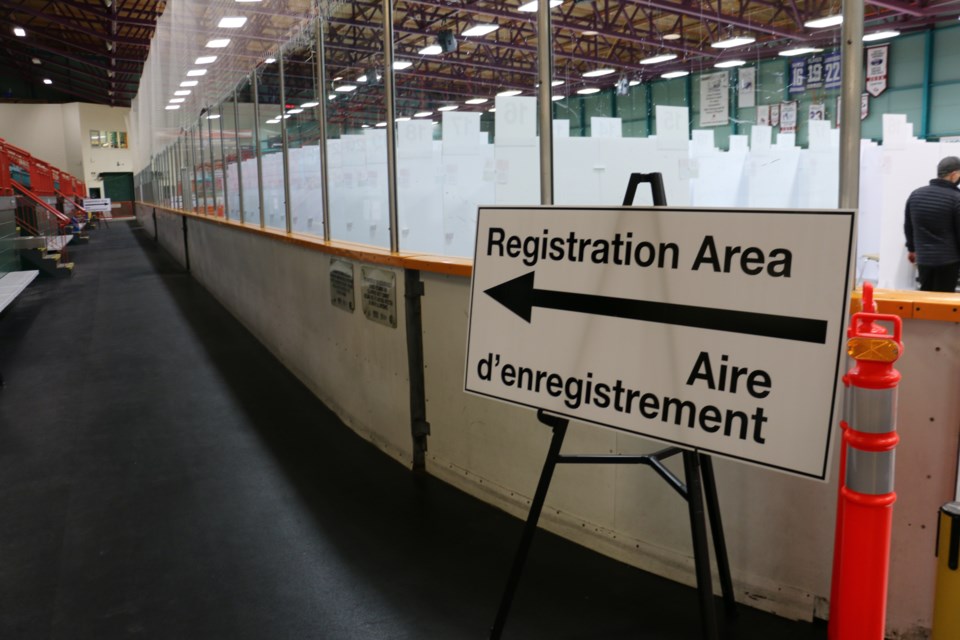 A special effort is being made this week to provide vaccines for the urban Indigenous population in Sudbury, with mass vaccination events taking part at the Carmichael Arena on Bancroft Drive.

Shkagamik-Kwe Health Centre (SKHC) is hosting the event in collaboration with Public Health Sudbury and Districts (PHSD) and the City of Greater Sudbury, said a poster on the SKHC Facebook page.

SKHS operations director Ryan Taggart said the first clinic held March 5 and 6 for Indigenous persons worked well, but he wants to remind residents to be as patient as possible in getting through on the phone line.

"We would just like to encourage folks to call that 800-number to book their appointment,” he said.

“There are some challenges because other people are calling in to book, all at the same time. Sometimes it's hard to get through, but once you do get through it's a fairly short wait time.”

He said he has been told that some people call in to find out that dozens are ahead of them in the queue but it won't take long to book an appointment despite that.

"That first clinic was for ages 55 and up," said Taggart. "That was for the Greater City of Sudbury area and the people on site were from Greater Sudbury."

Taggart said no less than 1,971 individuals were able to be vaccinated at the first clinic.

"So yeah, we were quite proud of that turnout," he added.

Taggart said the clinics planned for this week (Tuesday, Wednesday and Thursday) are twice as ambitious.

"We do have a number of doses. There are approximately 3,800 doses available for this round," Taggart said.

With the event at the Carmichael Arena, Taggart said people can show up five to 10 minutes before their appointment. He said there is plenty of parking and Sudbury's GOVA public transit will provide free rides for anyone going to or from the arena. Taggart said the vaccination process goes faster than expected.

"Things will move relatively quickly. You can anticipate 25 to 30 minutes start to finish, which includes your recovery time, which is typically 15 minutes."

He said the plan is to provide 1200 to 1300 vaccines each day.  He said local citizens receiving the vaccine will be getting their first dose. The second dose will be booked for a period up to 16 weeks later.