Bush fire blazes on in Levack 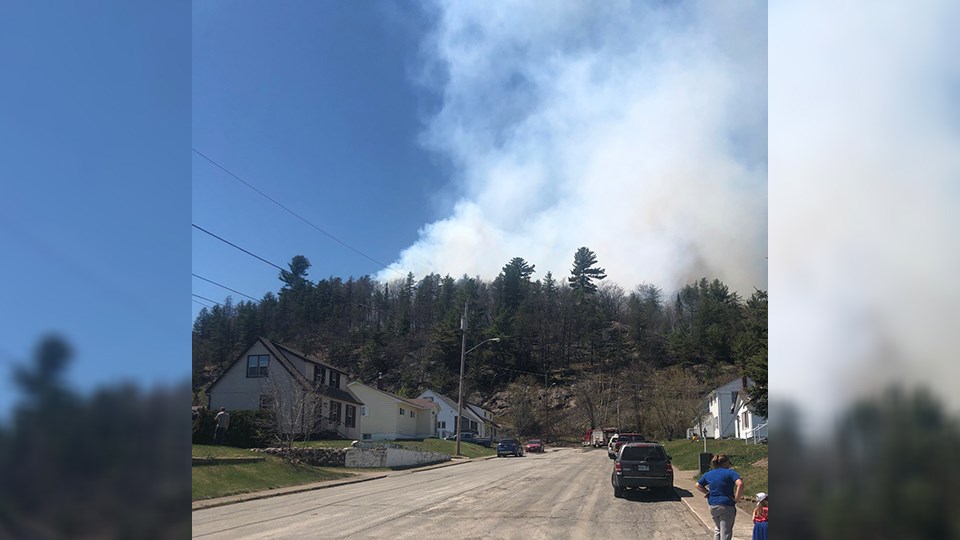 Greater Sudbury Fire Services respond to a bush fire in Levack alongside the Ministry of Natural Resources and Forestry. (Photo by Jesse Oshell, Deputy Fire Chief)

Greater Sudbury Fire Services are in the process of containing a bush fire in Levack, with assistance provided by the Ministry of Natural Resources and Forestry.

It was reported around 1:25 p.m. Saturday and is currently being tended to by 12 local firefighters, with 10 apparatuses from the Levack, Dowling, and Chelmsford stations.

Water is being distributed by foot at this point, said Deputy fire chief Jesse Oshell but he says an air-attack by water bombers is more than likely, if not already en route.

The size of the fire or how close it is to the nearest residential area has yet to be determined but there is no concern for public safety at this time.

It is too soon to say how the fire could have been started, he said, however, human influence is not off the table.

With that in mind, Oshell would like to remind residents to be careful with their smoking and recreational fires, especially given Sudbury's presently dry conditions.

There has been a significant increase in the number of what he described as careless fires in the area, he said, not only since the fire ban was lifted but while it was in place.

This not only forces crews to break social distancing but is a considerable pull on already limited resources such as personal protective equipment.

The public is asked to avoid the area until further notice to protect their health and allow crews to access the area.

Oshell said MNRF will not drop water if anyone is seen on the ground.