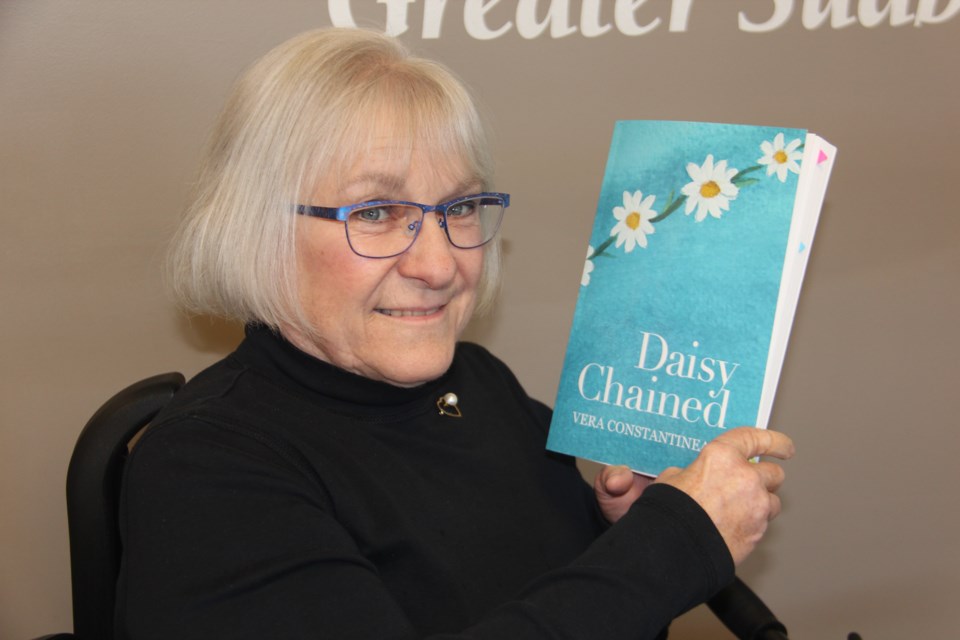 Her husband Ralph had just gotten home after undergoing open heart surgery in late November when the writer herself had a heart attack and had to have surgery. Both have now recovered and have a good prognosis.

Having to cancel the original book launch was “disappointing,” but Constantineau said she's grateful to have gotten over this hump in the road.

Constantineau held a book launch in early March and sold almost 100 copies of her self-published book, so many that she now has to reorder.

“It's not just friends who have bought it, and not acquaintances,” she said. “It's gone out to the broader world.”

Constantineau said she's been writing short stories since 1994, and has won contests and had her work published in several short story anthologies. This, however, is her first book.

She said a publisher was prepared to print it, but she decided to self-publish, as she wanted to take full responsibility for the project herself.

The vice-president of the Sudbury Writers Guild, Constantineau said her stories are about the ups and down of everyday life, including divorce, aging and the choices people make.

Constantineau said she thinks she got her penchant for storytelling from her mother, Grace Smith.

“My mother was a storyteller, but she was more of an armchair storyteller, and that's where I think I learned how to tell a story,” she said. “She had really good comedic timing.”

“Daisy Chained” costs $20. There are still a few copies left at Sudbury Chapters.

Otherwise, you can order it online through Amazon.