A recent House of Commons Committee report has stated that, “the potential risks of exposure to RF (radio frequency) fields are a serious public health issue that needs to be brought to the attention of Canadians.
Jul 15, 2015 8:53 PM By: Jonathan Migneault 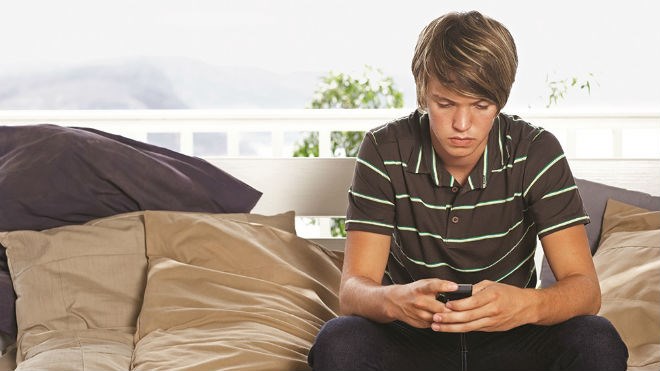 A group concerned about cell phone radiation has praised a recent House of Commons Committee report that concluded potential exposure radio frequency fields poses a serious public health issue. But a growing body of scientific evidence has not found a conclusive link between cell phone radiation and adverse health effects like brain cancer. File photo.
A recent House of Commons Committee report has stated that, “the potential risks of exposure to RF (radio frequency) fields are a serious public health issue that needs to be brought to the attention of Canadians.”

The House of Commons Standing Committee on Health released a report in June that recommended a precautionary approach when dealing with the electromagnetic radiation cell phones produce, and recommended, among other things, that Health Canada conduct a comprehensive review of all existing literature relating to radiofrequency fields and carcinogenicity based on international best practices.

The report also recommended that the Government of Canada and manufacturers consider policy measures regarding the marketing of radiation emitting devices to children under the age of 14, in order to ensure they are aware of the health risks and how they can be avoided.

“There are known proven biological health effects (from cell phone radiation),” said Wendy Perkins, a spokesperson for Canadians for Safe Technology (C4ST), an organization that has raised concerns around electromagnetic radiation.

“However the definition of health effects, and how those parameters are set, is a matter for discussion.”

While C4ST has praised the House of Commons Committee report, others have been critical of its credibility.

“The report is highly skewed based on this testimony from a kangaroo audience,” said Lorne Trottier, an electrical engineer, and founder of a Montreal-based company called Matrox, that produces specialized video cards for commercial and industrial applications.

Trottier has spent much of his free time fighting what he calls “bunk science”, that has raised health concerns around cell phone use.

“It's pretty unanimous that there's no evidence of harm from cell phones or any other form of radio waves,” he said.

Non-ionizing radiation emits only sufficient energy to vibrate, or heat, atoms, but not enough to remove electrons.

“It's only the most energetic forms of radiation – those that are in the ultraviolet band and the higher frequencies – that are harmful,” Trottier said.

“The others don't have any known health effects.”

Trottier added that the most compelling evidence cell phone radiation does not cause cancer is that the incidence of brain cancer has not increased in the past 20 years, while cell phone use has grown exponentially.

“If it were true that cell phone radiation was causing DNA damage, you would think that after 20 years where practically everybody is using a cell phone, that there would be some change in the statistics.,” he said. “There has been absolutely none.”

The United States' National Cancer Institute has concluded, “there is currently no consistent evidence that non-ionizing radiation increases cancer risk.”

The largest study done so far the potential health risks of cell phone radiation, called the Interphone Study, was conducted by a consortium of researchers from 13 countries.

Most of its published papers concluded there were no statistically significant increases in brain or central nervous system cancers related to higher amounts of cell phone use.

But the study found indications of an increased risk of the brain cancer glioma for the 10 per cent of respondents who reported using cell phones the most, although there was no consistent trend of increasing risk with greater duration of use. The researchers concluded they could not establish a causal link between increased cell phone use and brain cancer due to the study's biases and errors.

Because the Interphone Study relied on people's recollections of their cell phone use, it was prone to recall bias, where participants might misremember exact details about their past behaviour.

The International Agency for Research on Cancer, a component of the World Health Organization, has classified radiofrequency fields as “possibly carcinogenic to humans,” which is a category used when a causal association is considered credible, but when chance, bias or confounding cannot be ruled out with reasonable confidence.

Caffeic acide, which is found in small amounts in coffee; and coconut oil diethanolamine, a foaming agent used in many bath products, are also among the agents that are “possibly carcinogenic to humans.”

For its part, Health Canada does not consider that any precautionary measures are needed regarding daily exposures to electromagnetic fields.

“There is no conclusive evidence of any harm caused by exposures at levels found in Canadian homes and schools, including those located just outside the boundaries of power line corridors,” the organization has said.