Discreditable conduct, neglect of duty case against GSPS officer put over until June 13 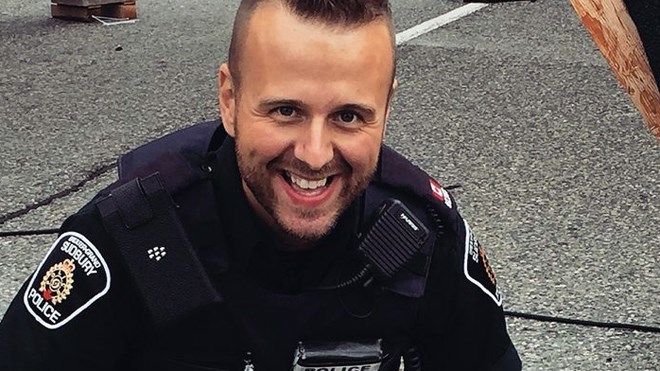 No details emerged May 9 about what led to neglect of duty and discreditable conduct charges against a Greater Sudbury Police constable, but it is expected to be resolved June 13.

Const. Nihad Hasanefendic is charged under the Police Services Act with one count of discreditable conduct and two counts of neglect of duty as a result of concerns that were brought forward to the Police Chief Paul Pedersen on Oct. 11, 2018.

“An internal investigation was launched into the conduct of Constable Nihad Hasanefendic,” GSPS said in an April 3 email. “The Greater Sudbury Police Service requested the assistance of the Ontario Provincial Police Professional Standards Bureau, who conducted a comprehensive investigation into the allegations.

“This matter is being treated as misconduct resulting in one count of discreditable conduct and two counts of neglect of duty contrary to the Police Services Act of Ontario.”

Greg Walton, a retired superintendent with the Ontario Provincial Police, will be the hearing officer. He's also overseeing the discreditable conduct charges against Const. Robert Rheaume here in Sudbury.

Hasanefendic did not attend his first appearance on May 9. Instead, he was represented by Jack Sivazilan of the Greater Sudbury Police Service Association. A doctor's note (again with no details) was submitted and accepted as his reason for not attending.

Hasanefendic was to be represented by counsel, however, the “situation has changed,” said Walton, which is the reason he's now being represented by the association.

Walton is anticipating a full joint submission on June 13. The matter is expected to wrap up that day.

“This sounds good, but it's also pretty aggressive,” Walton said, via teleconference, in regards to the tight timeframe for the matter to be resolved. “Clearly, there's an intent to resolve, and I commend everyone for that, but I'm a little nervous. I will do that if everyone agrees.”