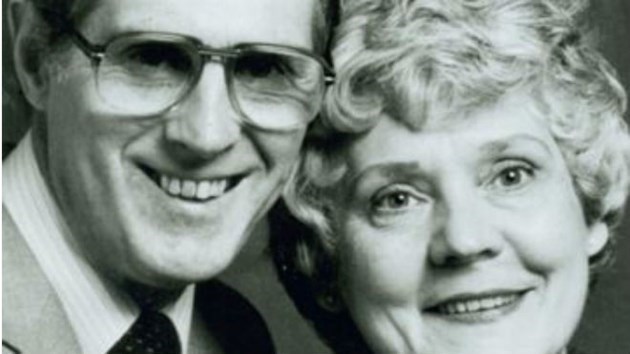 A convicted double-murderer, who is currently living at a halfway house in Sudbury, has been given permission to visit his dying mother, said the Parole Board of Canada.

George Harding Lovie, 61, was sentenced to life in prison for the first-degree murder of Donna and Arnold Edwards in March 1991, as well as the attempted murder of their daughter, Michele, with whom Lovie had a brief relationship.

Lovie was out on bail on charges of sexually assaulting her and forcible confinement when the murders took place.

Michele Edwards walked out of her home to find Lovie hidden under her porch, where he had waited overnight to attack her. Armed with a knife and a gun, he chased her across the street to where her parents lived.

Lovie shot and killed Donna Edwards, and stabbed Arnold Edwards to death, shouting “how d'you like me now?” as he inflicted the fatal wounds.

Lovie was granted day parole on Aug. 27, 2019, and was released to a halfway house in Sudbury. His release was subject to a number of special conditions, many of which prevented him from entering or being in the areas of a number of cities in southern Ontario.

Lovie had applied for a change of conditions in December to visit his dying mother. That request was denied, as there were significant concern by the victims that Lovie would be returning, unsupervised, to the area where his mother lives.

“You are requesting a variance to enable you to travel to (redacted) to visit your mother who is terminally ill and to attend a celebration of life for your father who recently passed away,” the parole board said in December.

While not specifying where Lovie wanted to travel, the parole board said in its official ruling he had applied to travel somewhere close to where the victims live, something he is not allowed to do under his parole conditions.

Lovie submitted a new request, seeking one round-trip through the District of Muskoka. The plan is to have his mother meet him in another location where contact with the victims' family would be unlikely.

“After considerable deliberation, the board concludes that the likelihood of your coming in contact with the victims under the proposed scenario is remote,” said the board in its decision. “Your travel will be restricted ... you will reside in a community residential facility, you will be wearing an electronic monitoring device, and the meeting with your mother will take place at a time and location known to Correctional Services of Canada and the community residential facility.”

The risk is manageable under the terms of the revised travel plan provided, said the board, and allowed geographic restrictions to be temporarily modified.

“That said, the board takes seriously the representations of the victims of your offence. They have brought their concerns to the attention of the board and they have outlined the significant impact that your offending has had, and continues to have, on their lives.

“In order to minimize, to the greatest extent possible, any potential contact with the victims, and to provide assurance to the victims that you are restricted from entering specific geographic areas, the Board is temporarily modifying your geographic restriction condition. Accordingly, you are not to enter or be in the areas of Hamilton, Waterloo, Haldimand County, Halton Region, Niagara Region, District of Muskoka or Haliburton County, with the exception of one round-trip through the District of Muskoka for the purposes of one visit with your mother in (redacted), Ontario, the timing of which is to be approved by your parole officer.

Since his release, “there have been no security concerns or incidents,” stated the report from the Parole Board of Canada. Lovie has been attending programming and psychological counselling, has complied with the conditions of his release and is taking part in his correctional plan.

The PBC said the victims' family is still traumatized by Lovie's actions.

“They continue to live in fear that you will return to the area where they live, and they consider your life sentence to be their life sentence,” states the decision. “For them, this fear will continue as long as that possibility exists.”

-With files from Darren MacDonald