Tough questions with the Sudbury candidates

Sudbury.com asks provincial candidates about the fuzzy parts of their platforms
0
May 30, 2018 5:00 PM By: Darren MacDonald 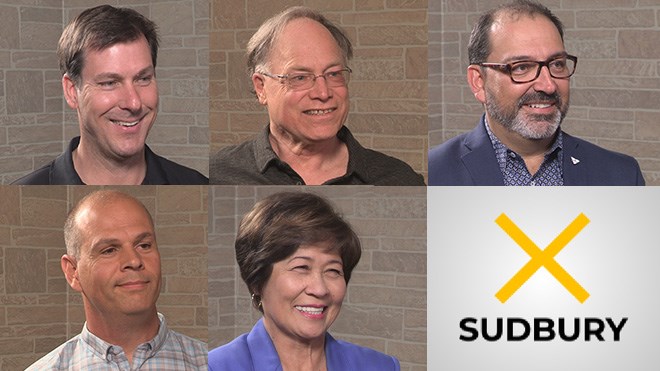 When we sat down with provincial candidates running in Nickel Belt and Sudbury, we wanted to try something a little different. We decided to keep the interviews relatively short – 15 minutes each – and, more importantly, to focus our questions on the parts of each party's platform that leaves voters asking for more detail.

When we sat down with provincial candidates running in Nickel Belt and Sudbury, we wanted to try something a little different.

We decided to keep the interviews relatively short – 15 minutes each – and, more importantly, to focus our questions on the parts of each party's platform that leaves voters asking for more detail.

The New Democrats, now leading in the polls, have said much about their plan to make Hydro One public again. We wanted to know where the billions would come to pay for it, and exactly how spending those billions would lower anyone's electricity bill? With the massive spending promises the NDP has made, why would you spend so much money on something that appears akin to closing the barn door after the cows have left.
And on their pledge to raise taxes on high-income earners who already taxed at a rate of more than 50 per cent – is that a sustainable tax policy?

Keeping on the hydro theme, the Liberals have made much noise about their Fair Hydro Plan lowering everyone's bills. But, as auditor general Bonnie Lysyk pointed out, they did so by creating an accounting structure – the OPG Trust – to hide the deficit the plan was creating. The plan, Lysyk concluded, is going to cost taxpayers as much as $40 billion in the long run, but structuring it the way they did adds another $4 billion in costs on top of that. And after all of the accounting gymnastics, they announce $20 billion in new spending just before the election was called, predicting large deficits for the next few years.
Why, we wanted to know, did the Liberal government waste another $4 billion of taxpayer's money to pretend to balance the books for a couple of months, and then plunge right back into deficit?

As for the Conservatives, it was a little difficult to study their policies since they don't have a formal document a week from the June 7 election. Voters are seeking clarity on how they will keep their spending and tax cut promises, lower gas prices, balance the books and get the Ring of Fire started – something reflected in the recent Tory struggle in opinion polls. The Nickel Belt Conservative candidate cancelled her interview less than half an hour before it was to begin, so it was up to Sudbury candidate Troy Crowder. And Crowder started out by claiming a media conspiracy – not the lack of detailed policy or the candidate controversies — was to blame for his party's drop in the polls, this despite the fact the Toronto Sun is openly backing the Tories. The interview was lively.

As for the Green Party, they have a progressive environmental agenda, but it's one has significant implications for voters. For example, they would remove all subsidies to hydro bills, so voters would have to pay the real cost of electricity. That would be a shock, so to speak. In addition, they vow to quickly close the Pickering nuclear facility. While nuclear energy is controversial, it doesn't emit greenhouse gases, the driver of climate change, and plants in Canada have outstanding safety records. With the push to get people into electric cars, does it make sense to eliminate such an important source of non-greenhouse gas energy so quickly?

Finally, we talked to the Consensus Party candidates, an organization born out of the Reform Ontario Party. The party is big on populist ideas, such as voter recall, and boasts that it doesn't want leaders, it wants politicians who do whatever voters tell them. But their platform includes some eye-opening ideas such as eliminating permanent teaching jobs in favour of making principles in charge of school budgets, and hiring teachers and support staff for just three-year contracts. So we asked, how would that work?

Brazil charges former Vale CEO with murder
Jan 21, 2020 9:00 PM
Comments
We welcome your feedback and encourage you to share your thoughts on this story. We ask that you be respectful of others and their points of view, refrain from personal attacks and stay on topic. To learn about our commenting policies and how we moderate, please read our Community Guidelines.