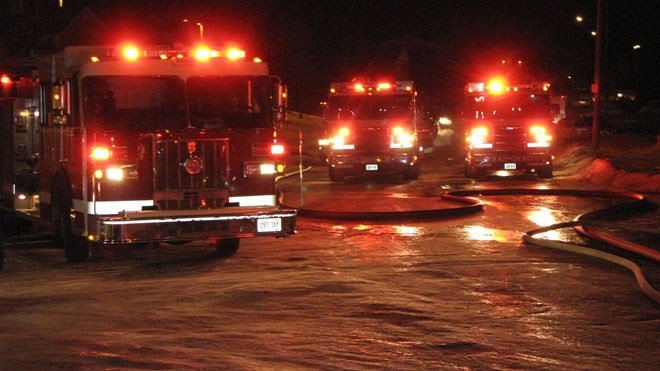 An electrical fault was the probable cause of a house fire on Romeo Street in Val Caron late Thursday afternoon.

Greater Sudbury Fire Services responded to the blaze at the single family dwelling at 4:22 p.m.

The fire was located at the rear of the house and spread to the attic, according to a press release from the fire department.

The blaze caused moderate fire damage and minor smoke damage, with losses estimated at around $75,000.

Nobody was injured, although one person was displaced due to the fire.