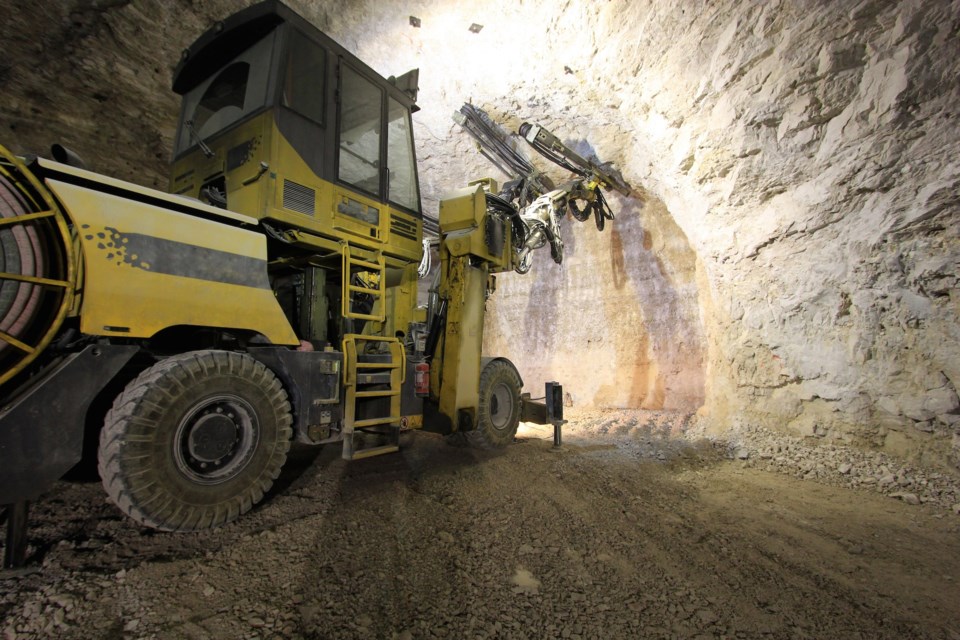 A company working in the mining sector that fails to address gender-based violence in the workplace could not only jeopardize productivity, and the health and safety of employees, but may also take a reputational hit in the communities in which it operates.

That was a cautionary message shared by Humberto Carolo, executive director of White Ribbon, speaking during an Oct. 20 online presentation advising how men in the mining industry can become gender equality allies.

“We know that we cannot ignore this issue, so we need to move toward culture change, system change, and engagements with employees around this,” said Carolo, during the webinar presented by the Canadian Institute of Mining, Metallurgy and Petroleum (CIM).

“We need to do some soul-searching as individuals, in whatever role we play, whether we’re a peer, or we’re in a position of management, or executive, or we’re a board member responsible for governance.”

Toronto-based White Ribbon was created nearly three decades ago, following the Dec. 6, 1989 Montréal Massacre, in which 14 women engineering students were murdered in what the male perpetrator called an “anti-feminist” attack.

Since then, the advocacy group has worked with organizations around the world to “engage men and boys in preventing violence in women, girls and people of all genders,” Carolo said.

According to 2016 statistics, 19 per cent of women and 13 per cent of men have experienced harassment at work, said Carolo.

But women, racialized women, Indigenous women, and members of the LGBTQI community tend to experience higher rates of sexual harassment, and those acts are more likely to be committed by men, he added.

Described as “violence that occurs because of gender norms, expectations and unequal power relationships between genders in our society,” gender-based violence can range from bullying and intimidation to sexual violence and threats, Carolo said.

Much of that behaviour stems from ingrained ideas about masculinity and what it means to be a “real man”: stoic, dominant, fearless, and unemotive are among the harmful gender stereotypes that have been perpetuated about men, Carolo said.

“They may see women and members of the LGBTQI and racialized communities as inferior.”

Men who try to step outside those stereotypes are often teased or bullied, he added, and they can use unhealthy coping mechanisms like drug or alcohol use, both at home and at work.

Want to read more stories about business in the North? Subscribe to our newsletter

When it comes to mining, Carolo said, the work environment can contribute to gender-based violence.

If an employee works a long, hard shift, for example, they might find themselves tired and without patience to handle the conflict or challenges waiting at home.

“There is often a correlation between fly-in and fly-out arrangements for employees in a particular community and increased violence, both at home and in the community, because of the degree of isolation that employees experience and that kind of separation,” Carolo said.

Violence can easily spill from home into work, and vice versa, Carolo said, and that’s why he advises that men who are abusers at home should be reported to their employers.

If someone is violent at home, their mental health may be compromised, and they may turn up at work tired, distracted and upset.

That can impact productivity, and health and safety issues at the operation, Carolo said.

“The expectation for employees is that, not only do they need to be professional in the workplace, but they also need to be respectful and peaceful and engaged in healthy interactions in the community and at home,” he said.

“If the employer is known to employ someone who is using violence at home, that may bring reputational dispute in the local community.”

So, how do companies in the mining sector start the conversation among their employees?

Carolo suggests individuals first look at their own attitudes and behaviours, and lead by example.

Speak out and intervene when you see incidents of gender-based violence, sexism, bias, or harassment, he advised, and never use force, threats, coercion, manipulation or violence in those interactions.

Companies can also normalize diversity and inclusion in the workplace by observing occasions like International Women’s Day, Father’s Day, or Pride Week, all “opportunities to further engage with your workforce on equity issues,” Carolo said.

Organizations should have an up-to-date Code of Conduct that’s reflective of today’s issues, and that Code should be upheld in the event of an incident of violence, discrimination or harassment.

They can also work with organizations like White Ribbon to raise awareness amongst employees.

In teaming up with Barrick Gold, Carolo said, White Ribbon designed culturally relevant programs addressing gender-based violence for each mine site at Tanzania, Papua New Guinea and northeastern Nevada, and worked together on corporate culture change at its Toronto corporate office.

The gold miner now has a sexual harassment prevention program that every new employee has to go through as they join the company.

“It’s not sufficient to bring women and diverse folks into the workplace without first engaging in some soul-searching within the company and looking at your policies, and your recruitment and advancement processes, and engaging culture change,” Carolo said.

“This is hard work, and it takes time, and it often means getting some outside help.”

Ontario confirms record 1,855 new COVID cases today
Nov 27, 2020 11:01 AM
Comments
We welcome your feedback and encourage you to share your thoughts. We ask that you be respectful of others and their points of view, refrain from personal attacks and stay on topic. To learn about our commenting policies and how we moderate, please read our Community Guidelines.