Recipient of the 2018 General Walsh Commemorative Sword will be attending the Royal Military College in September
Aug 17, 2018 2:45 PM By: Sudbury.com Staff 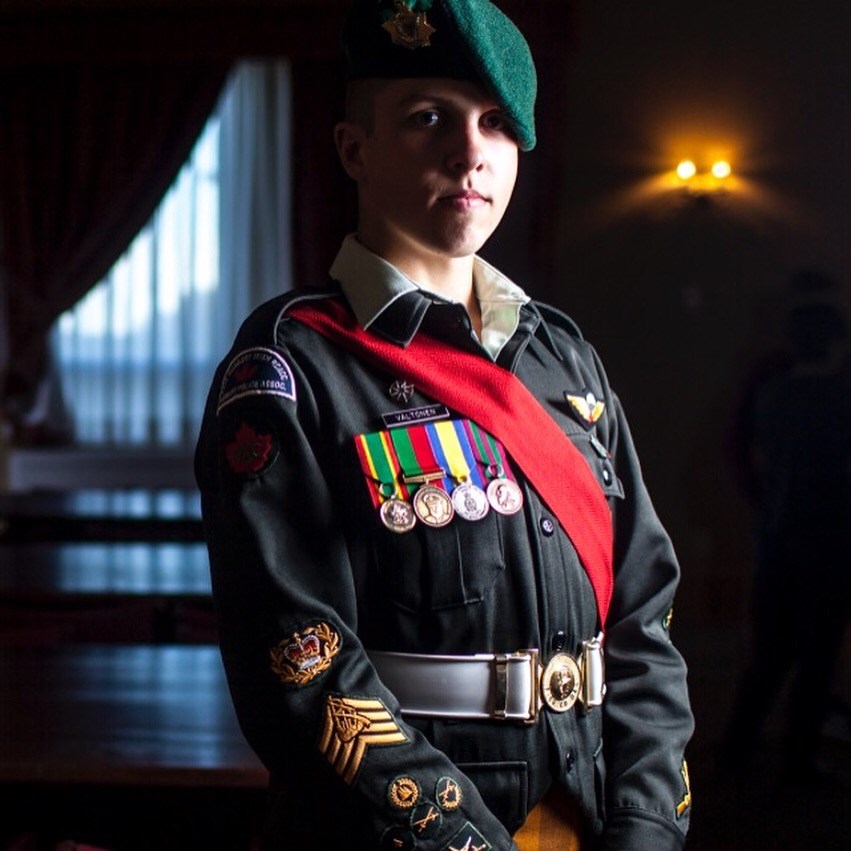 Valtonen, who will be attending the Royal Military College (RMC) in September as an officer cadet, is the recipient of the 2018 General Walsh Commemorative Sword, the highest national prize for any army cadet. Recipients of the award are chosen not only based on their performance as army cadets, but also for their community involvement and their academic standings.

Valtonen graduated from École secondaire du Sacré-Coeur, where he is described as a very high achiever and a very involved individual. He has invested more than 1,000 hours in community service, played a variety of sports, and held the position of the school's prime minister.

“I'm proud to say, that Markus Valtonen, is one of those generational students that you never forget,” said Major (Ret'd) and Vatonen's Principal Paul Henry. “He is to be commended for his efforts, leadership, positivism, engagement, loyalty, excellence, integrity and courage on many levels. He will be an outstanding Combat Arms Officer in due time.”

It is due to his early acceptance at RMC that Valtonen will have to retire from the cadet program earlier than expected, Henry said.

Valtonen has impressed many throughout his cadet career, as well.

“During his employment, under my supervision, he was integral part of the command team and could be trusted in all circumstances,” Allain said. “He was a strong leader for his ambitious peers by mentoring cadets to find their personal limits and push past them.

“He motivated his peers to strive for success and understand the stamina and determination that would be required to be successful on the Basic Parachutist Course. I was impressed by Markus' ability to speak about his experience and engage his peers in the process, with the ultimate goal of having them be more successful in their own personal journey's. Cl MWO Valtonen was instrumental to the success of the course and was an effective leader, coach and mentor for his peers.”

An official award presentation ceremony will be organized by the Ontario Branch of the ACLC in the following weeks.

As the recipient of the Walsh Memorial Sword, Valtonen will travel to Ottawa, as the guest of the Royal Canadian Legion and to represent Army Cadets from across the country to attend the Nov. 11 Remembrance Day ceremony at the National War Memorial, as part of the Vice-Regal party.

“We salute Markus for his exemplary record and look forward to welcoming him as part of our national commemoration this November,” said David Flannigan, Royal Canadian Legion Dominion president. “He serves as an amazing role model for cadets and youth across our country.”

This isn't Markus' first cadet commendation. He was named top cadet at a six-week cadet Leadership and Challenge Course in Banff, Alta., in 2016.