Experts: Better pandemic safety measures needed in schools, and that goes for Northern Ontario, too

Ontario teachers unions let experts that were to speak at dismissed OLRB claim have their say at press conference
Oct 8, 2020 5:00 PM By: Heidi Ulrichsen 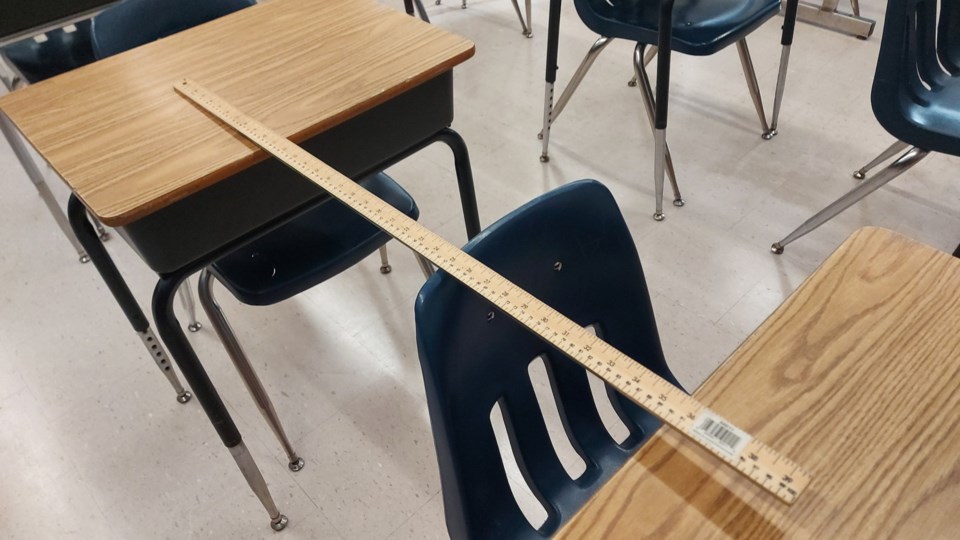 Ontario teachers unions, stymied in their effort to take the province's pandemic back to school plan to the Ontario Labour Relations Board, instead had their expert witnesses speak with media on Oct. 7. (TWITTER/Cory Judson)

Ontario’s schools need improved safety measures amid the pandemic, and that goes for areas of the province with lower case counts such as Northern Ontario, too.

That was the message delivered at an Oct. 7 press conference by three experts in infectious diseases, public health and ventilation whose opinions were to inform Ontario’s four major teachers unions’ complaint to the Ontario Labour Relations Board about health and safety concerns regarding the reopening of schools.

These experts say Ontario needs to establish provincial standards on class size and distancing, cohorts for students and teachers, masking, ventilation and busing.

The unions’ case was dismissed by the OLRB last week on jurisdictional grounds without hearing evidence, so they gave the three experts a chance to speak at an Oct. 7 virtual press conference.

The unions say they are “deeply concerned” and “disappointed” by the complaint’s dismissal.

One reporter asked if improved safety measures brought up by the experts such as requiring masks for all students, regardless of age, and reducing class sizes are necessary in all parts of Ontario, given that case counts are low in some areas, such as Northern Ontario.

Dr. David Fisman, epidemiologist at the Dalla Lana School of Public Health at the University of Toronto, and consultant in infectious diseases at the University Health Network, answered the reporter’s question.

He said the initial outbreaks of communicable diseases take place in large population centres, but they eventually percolate across the province.

“It is going to happen,” Fisman said, adding that these recommendations are needed in all parts of the province not only for safety, but equity.

“Why should you be less safe just because you’re living in Northern Ontario?” he asked.

“We’re in a different situation in Toronto-Ottawa-Peel now because the genie is out of the bottle, because we’ve got a lot of spread and now we’re trying to mitigate.

“But that doesn’t mean that we shouldn’t be preventing this from taking root in Kingston, in London, in Thunder Bay, in Peterborough, in places across the province that don’t have large case counts, because those case counts are coming and because we’re all very connected.

“Every epidemic ever starts with the highly connected places, and diffuses out from there.”

The other two experts whose views were presented at the press conference were Dr. Amy Greer, Canada Research Chair in Population Disease Modeling and associate professor in the Department of Population Medicine at the University of Guelph, and Dr. Jeffrey Siegel, a professor in the department of Civil and Mineral Engineering at the University of Toronto.

Greer focused on the need for smaller class sizes because having a large class in a small space makes physical distancing impossible, as well as what she called the “insufficient cohorting” of students and staff members in Ontario schools.

She said many students are in a cohort not only with their school class, but the other kids on their bus, and there is no mention of cohorting staff members, who in some cases may be working at multiple schools.

Siegel, an expert on ventilation, said the province needs to implement ventilation standards in Ontario schools set out by the American Society of Heating, Refrigerating, and Air-Conditioning Engineers (ASHRAE).

These include installing forced-air filters and deploying portable HEPA filters in schools.

“One month into the reopening of schools, learning is taking place both in class and online,” the statement reads.

“I would like to thank all frontline workers in education for their continued efforts to keep students engaged in learning, which is beneficial to mental health and allows parents to return to work.

“Parents do not want to hear about political disagreements — they want to see cooperation and collaboration in order to best support Ontario students, and we are.

“Today, we are calling on our teacher unions to work with — not against — our efforts to deliver safe schools. And we hope they will join our government in publicly supporting the guidance and leadership of Dr. Williams, Ontario’s Chief Medical Officer of Health, who has endorsed our plan.”

During the Oct. 7 press conference, a reporter asked if the union presidents wished to respond to Lecce’s statement.

OSSTF president Harvey Bischof said Lecce and Ontario Premier Doug Ford have made it clear through their words and actions that they want to frame the issue as a conflict between unions and government.

“But in fact, that’s not what this is about,” he said.

Bischof said when the unions gave the province an opportunity to hear from the experts on things like class sizes, cohorting and ventilation, “they instructed their lawyers to pursue a narrow jurisdictional dismissal and shut down those experts before they even had the opportunity to present their testimony at a labour board hearing.”

There was an opportunity to deal with these issues in a “broader and holistic way” rather than having to do it “classroom by classroom, school by school, across the province,” he said.

“There was an opportunity to take this out of the realm of the political, and put it into the hands of experts, and deal with broad, productive approaches to a safe return to school

“I would ask the minister again, listen to what the experts are saying, take action on the basis of their testimony, so that this return to school can remain safe, and schools can remain open, and we don’t end up in another unnecessary shutdown that would be harmful to students, to parents, to the economy and so forth.”