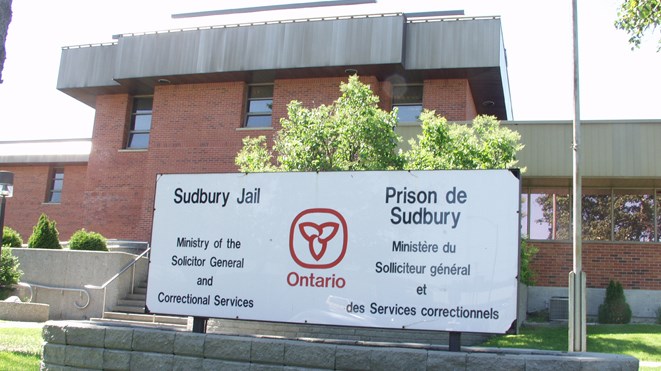 That drug addicts make up a large part of the prison population is no surprise to most people, with Greater Sudbury and much of North America struggling with the drug addiction crisis.

But people don't often think about the families of addicts, who live through the nightmare of watching their loved ones descend into a hellish life that often ends with time behind bars.

A Sudbury mother — who asked not to be identified because she's concerned it will make matters worse — is living that nightmare. She says her adult son had a good upbringing and a normal life until five years ago when personal trauma propelled him into a spiral of addiction.

Left despondent after a horrible breakup, he began using cocaine as an escape. His drug use quickly accelerated, and he began selling his belongings to finance his habit.

“A good parent raises a child, instilling good family values, good manners, respect and consideration for others,” she said. “My son lived by these principles, until he made the biggest mistake of his life, in trying drugs.

“He started getting getting into cocaine, and he lost everything. He started going out with the wrong crowd, you know, and he got more and more hooked on cocaine.”

At one point, he overdosed and had to be revived using a defibrillator. Her son entered treatment, received counseling and seemed to be back on track. But on his own again, he quickly fell back into the lifestyle.

“And when he's on drugs, he gets into trouble,” she said. “It is the saddest, most heart-breaking, devastating, incapacitating situation a parent ever would have to deal with.”

Her son is in the Sudbury Jail now, where she has to arrange at least 24 hours ahead of time to go and see him for a 45-minute visit, a maximum of twice a week.

“It's not the most pleasant experience,” she said. “You go in there, and everything's locked up. You're greeted by someone behind a two-way mirror. You sign in, you've got to show your ID and then they open the door to let you into this area. It's all Plexiglas and there's a phone there, and the inmate comes out and you can talk to him.”

It's unnerving when you have never dealt with the court system, and the visits are an emotional rollercoaster at the best of times. But, as she has learned, the visits are often cancelled with little warning. She has arrived at the jail more than once, only to learn she missed a message that, for whatever reason, visits are cancelled that day.

“I had made an appointment on (Oct. 18), and they had a problem with a door that wouldn't open or close or something like that, so that the inmates were all on lock down and they cancelled all the appointments,” she said. “I did get a phone call (from jail staff) saying that it was cancelled. I asked if it could be rescheduled for the following day, which was Saturday, so she said OK and then I confirmed it by asking same time. And she said yes.”

But when she showed up the next day, she was told all visits were again cancelled, and that everyone had been notified. After some testy words, it emerged the staffer hadn't booked the new visit, so the mother wasn't on the list to be notified when they visits were cancelled.

She tried to stifle her anger at the situation, and replied a terse “yes” when the staffer asked if she wanted to reschedule.

“Do I get a please?” was the response she got.

“I was upset, you know, coming all the way across town for nothing,” she said.  “Anyway, I said, yeah, please, because I was afraid she wouldn't give me an appointment if I didn't.”

The woman says she understands the tough job staff have at the jail, and admits she has seen other visitors who are aggressive and rude with staff.

“I have seen some people there, and I know they probably do get people who are rude with them, but I'm not that kind of person,” she said. “I'm 70 years old and gray haired. There is no need for such disdain. (People in my position are) already going through our own anguish, without this kind of treatment.”

John Rimore, executive director of the John Howard Society, said this is a story he has heard many times over. What people unused to the justice system don't realize, Rimore said, is that when there's a problem in the jail, a lock down is often the best way to ensure the security of inmates.

“If suddenly there's a fight going on, or maybe somebody started a fire or whatever, they lock down the jail and either they don't have the time or they don't think of calling the community groups that have already been scheduled,” Rimore said.

“If there's a fight going on, they will lock down to try to control the situation, and cancel everything else, so they can just focus on that one dangerous incident.”

Rimore hopes the woman will contact John Howard, he said, because they have a lot of advice about how to ease the problems that can crop up between staff and families of inmates.

“We encourage parents, if you there for a visit, give them a call an hour before you get there to see if the jail is locked down,” he said. “We've been able to avoid so many problems that way, by giving them a call.”

Life in the corrections system is a world apart from the outside, Rimore said, with its own rules, challenges and priorities. By working with jail staff, John Howard has found ways to make the relationship work. Primarily, it's recognizing that sudden changes are the norm, and problems that arise from cancelling visits can be mitigated through communication.

“We've worked out these protocols and we have found our relationship with the jail much, much better over the last two, three years,” he said. “And I've got to give the benefit of the doubt to the correctional officers on this point. Sometimes, suddenly out of nowhere, they've got people going to the courts that they weren't expecting. They will get a call that says we want so-and-so in court and gives them 10 minutes to try to get him over there.”

As for the mother, Rimore said every research study he's seen has concluded that dealing with the criminal justice system is the most traumatic thing people have to deal with.

“That trickles down to all the family and loved ones, too, because they have no idea what the system is like,” he said. “It's really hard for family members. That's why we we encourage them to give us a call. Our staff can help lead you through the process.”

And while the mother is concerned that she will have more trouble if she complains, Rimore said the opposite is true. It's like when teachers know parents are engaged in their child's education, they are more careful to make sure that parent won't call the principal to complain.

And since the Doug Ford government has made it a priority, Rimore said staff at the jail are more responsive and are really good at returning phone calls – as long as you're not harassing someone, and only call for significant problems.

“You have to pick and choose what you complain about, but if problems with visits happen, like, three times in a row, a lot of parents don't know if you do call the admin office and ask to speak to the deputy superintendent, your son or daughter will not be treated worse,” he said.

“The correctional officers will not take it out on the inmate. It's not like TV. It really isn't. That's the hardest thing to try to tell people. They've seen too many Law and Order shows.”

Four new COVID-19 cases in Greater Sudbury, bringing area's total to 118
Oct 22, 2020 9:26 PM
Comments
We welcome your feedback and encourage you to share your thoughts. We ask that you be respectful of others and their points of view, refrain from personal attacks and stay on topic. To learn about our commenting policies and how we moderate, please read our Community Guidelines.