Federal Liberals have 'dropped the ball' on mining: Angus 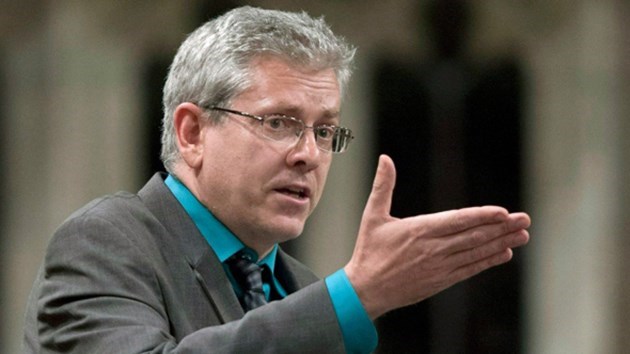 The federal Liberals have “dropped the ball” in the north when it comes to the mining sector, said Timmins-James Bay MP Charlie Angus. File photo.

The federal Liberals have “dropped the ball” in the north when it comes to the mining sector, said Timmins-James Bay MP Charlie Angus.

“The Liberal Party ran on a platform that said nothing about the mineral exploration community or mining. It's one of the biggest drivers in our economy,” said Angus, who has long been a prominent MP with the NDP. “They've done nothing on the Ring of Fire.”

Angus' criticism of the Liberals came after he proposed an amendment to extend the government's  mineral exploration tax credit from one year to five years.

The Liberal-dominated finance committee voted against the amendment.

“We've had this unprecedented downturn in the exploration cycle since 2007. It's just dragging on and on and on,” Angus said. “We need a climate where junior companies can go out and work deals that will go over a multi-year period.”

The mineral exploration tax credit is a 15 per cent non-refundable tax credit on eligible expenses for mineral exploration companies. Companies can apply it against the federal income tax that would otherwise be payable for the taxation year in which the investment was made. The credit can be carried back three years and forward 20.

But Nickel Belt MP Marc Serré said the Liberals could extend the tax credit in the 2017 budget, or opt for other incentives to support mineral exploration instead.

“Just to say we have to keep the same tax measures for the next five years, may not be what the industry wants,” Serré said. “I can guarantee you that if there are other measures that will attract more investment in the mining industry in Canada, we're going to work with those recommendations.”

Serré also countered Angus' allegations that the Liberals have ignored the mining and natural resource sectors in Northern Ontario, even though there was no mention of mining in the Liberal election platform.

“Now that we're in government, let's look at the budget. Let's look at our actions,” Serré said. “It's totally false to say the Liberal government is not supporting the mining industry.”

He said the Liberal budget's doubling in infrastructure spending across Canada, and $8.2 billion to  to projects and programs targeted at Aboriginal peoples, will help Northern Ontario's mining sector.