The Rural and Northern Immigration Pilot has been operating for a year and showing success, despite challenges of the pandemic
Feb 23, 2021 6:00 PM By: Jenny Lamothe, Local Journalism Initiative Reporter 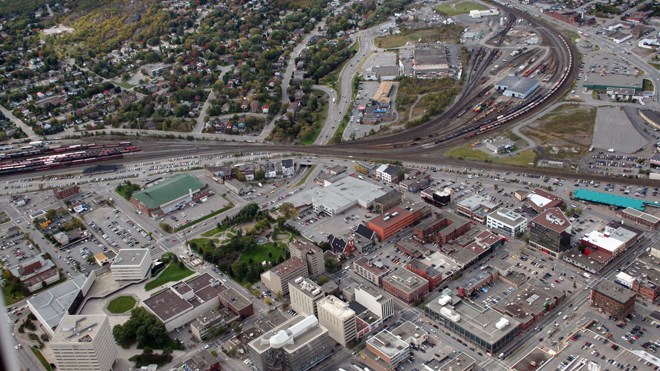 Now entering its second year, the Rural and Northern Immigration Pilot in Sudbury is finding success, even amongst the challenges of COVID-19.

And it’s a good thing, said Meredith Armstrong, manager of Tourism and Culture in Economic Development at the City of Greater Sudbury, because while Sudbury is one of the only Northern Ontario communities showing growth when it comes to population, a recent Northern Policy Institute (NPI) report shows that a focus on bringing people to the area is essential to maintaining economic standards in Sudbury.

Basically, “we’re not going to have enough babies,” said Armstrong.

The Rural and Northern Immigration Pilot was created in 2020 as a three-year program to support and encourage newcomers to Canada to settle in rural areas and Northern Ontario, rather than in big cities like Toronto, Vancouver and Montreal, and is based on the applicant securing a job offer before they apply and at the moment, in mining or tourism.

The program itself has an economic development focus, said Armstrong.

“This is an economic immigration program,” she said. “It’s about having a job offer, within the two priority sectors, with an employer that understands the need for diversity and inclusion in the workplace. They understand the need to embrace employee settlement. They are not sponsors of the candidate, but they do play a role in helping them get their feet under them.”

The newcomer candidates need to understand the community of Sudbury and demonstrate their intention to reside long-term in the city, to become a part of the fabric of Northern Ontario. They must also complete extensive paperwork, as well as numerous interviews, in-depth evaluations of the job offer and review by the selection committee.

If the applicant is successful, they will be recommended to Immigration Refugee and Citizenship Canada (IRCC) for permanent residency.

The two priority sectors determined at the beginning of the pilot are mining supply and service, as well as tourism. While one industry has suffered and will need to be rebuilt, mining has continued to have skilled positions available.

“I think it’s fair to say that we’ve always had labour market challenges, “she said. “We have a lot of jobs; we don’t have enough talent to go around.”

Armstrong does acknowledge that some may question bringing in newcomers for employment when there are layoffs due to the pandemic.

“I think that’s a legitimate question,” she said.

But she noted the issue of the ratio of dependants and working age people will fall terribly out of balance without newcomers, and that remains an issue, post-pandemic.

“We can’t do it without newcomers,” she said. “Immigrants really hit above their weight when it comes to giving back to communities, starting businesses and creating subsequent jobs.”

Armstrong said while they did not reach their intended goal in the first year, they are quite pleased with their results.

“2020 did hit the program pretty hard with some challenges and we didn't get all the way where we wanted to with our allotment for the first year,” she said. “But we were successful in recommending 11 wonderful candidates through the program. They're now on their way to pursuing permanent residency and settling in the community and they have families with them. So, you're looking at just under 25 new residents that come out of that endorsement.”

And this year could be even better for the program.

“We're certainly poised to hit a much higher number for 2021,” said Armstrong. “We've got some more resources in place to assist and we're really hitting the ground running with this year's allocation.”

Armstrong said many of the applicants recommended for permanent residence are South Asian, owing to the number of international students who come to Sudbury to study and wish to stay here longer.

Armstrong noted these applicants are usually successful not just because they have a job offer in a priority sector, but because they already know and enjoy life here in Sudbury.

“And that really is the crux of the program, this is about retention in the community.”

There are also many Francophone applicants, owing to Sudbury’s designation as one of 14 Welcoming Francophone Communities, described as an initiative “made by Francophones, for Francophones” to foster lasting ties between newcomers and members of the host community.

“We work to collaborate with our Francophone settlement agency partners to ensure that we do have services to support people living and working in the process,” said Armstrong. “So, I think that's an area of focus.”

But as the pilot is economically driven, the job offer is central.

“More than anything, it comes down to the job offers,” said Armstrong. “It starts with an employer looking for the right person for an available job, and then that person really demonstrating that commitment to living in the community.”

And while the RNIP does not act as a “matchmaker,” it does support employers as much as possible, said Armstrong.

“We have seen that approach from some of the other communities participating in the pilot, but I think more and more, we're trying to equip employers with different ways to amplify when they're posting a position. Things like: where can they post it? Where can they find potential candidates? And I think as we go on, we will also have opportunities to connect employers with each other so that there's a bit of shared learning.”

Armstrong said the pilot is successful so far, not just due to the work of the team and support from IRCC, but also from elected officials. She mentions Sudbury MP Paul Lefebvre and Nickel Belt MP Marc Serré, as well as the Greater Sudbury Local Immigration Partnership, who also offers information on allyship and anti-racism to make the city more welcoming to newcomers.

“Now more than ever, it's a really excellent time to have those conversations,” said Armstrong. “In the meantime, we need to keep really supporting our entrepreneurs, because they're the ones creating the jobs. Making sure they know about the program and about the various tools available to support them as employers and as businesses.”

You can find out more about the Rural and Northern Immigration Pilot by visiting the IIRC website, or at InvestSudbury.ca.

Jenny Lamothe is a Local Journalism Reporter at Sudbury.com, covering issues in the Black, immigrant and Francophone communities. She is also a freelance writer and voice actor.

Faculty calling out Ross Romano for ‘inaction’ on Laurentian’s financial crisis
Feb 28, 2021 9:00 AM