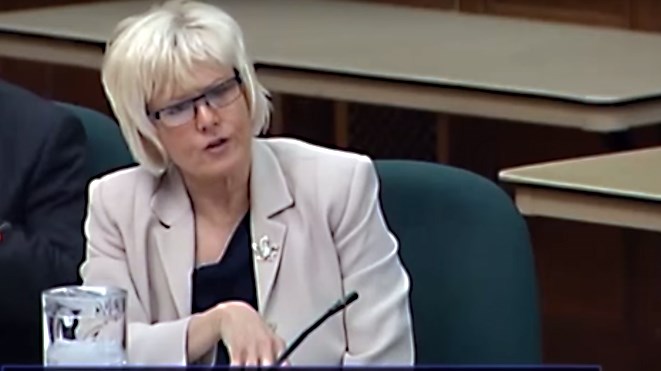 Funding announcements from FedNor should be tied to jobs and economic growth, says Cheryl Gallant, the official opposition critic for FedNor.

In a written response to Tuesday's announcement FedNor would provide $1.5 million to the Nickel Basin Federal Development Corporation to cover its operational expenses over the next five years, Gallant, the Conservative MP for Renfrew-Nipissing-Pembroke, said those funds will not create a single job.

“While we support the investment, unfortunately the Liberals confirmed today that this funding won't help create a single job,” Gallant said in an email to Sudbury.com. “What's worse, the Liberal Government plans to raise taxes on small businesses to pay for the government’s out-of-control spending.

"Canadians know that the private sector won't invest in the Canadian economy, or create the jobs we need, if the Liberals continue to raise taxes.”

Paul Reid, board chair for the Nickel Basin Federal Development Corporation, said the funding corporation has helped create more than 3,300 full-time jobs in Greater Sudbury since 2000.

Tuesday's funding announcement did not contribute to the development corporation's portfolio, currently valued at $9 million, but will allow it to continue operating for the next five years.

Netting being installed under 90-year-old College Street underpass to catch falling concrete
Feb 21, 2020 5:00 PM
Comments
We welcome your feedback and encourage you to share your thoughts on this story. We ask that you be respectful of others and their points of view, refrain from personal attacks and stay on topic. To learn about our commenting policies and how we moderate, please read our Community Guidelines.