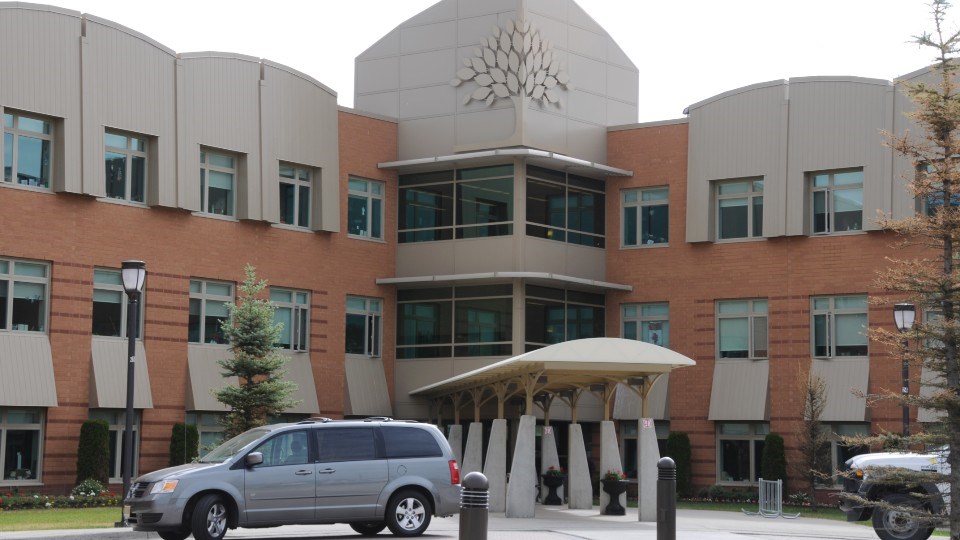 Pioneer Manor got some big news recently when the province announced its plans to upgrade and modernize long-term care facilities.

For Pioneer Manor in Sudbury, the plan will allocate 38 new beds and 122 upgrade spaces to create a 444-bed home, which also includes the construction of a new building.

That new building was the topic of discussion during the city's finance and administration committee meeting on Tuesday night, as the committee approved a business case during budget discussions for a $59 million project that will build a new 88,000 square foot, five-story wing at the back of Pioneer Manor.

Each storey will include 32 beds per home area, as this is the recommended industry best practice for operation efficiency and provision of care. The new wing will be attached to Pioneer Manor and continue to receive existing services (i.e. environmental, laundry, housekeeping, maintenance and dietary services).

The older section of Pioneer Manor that currently houses the 149 beds was built in the early 1970s and is now an outdated design standard.

The project will come at zero net impact to the tax levy, as money from expiring long-term financial commitments from the city to Health Sciences North and Maison McCulloch Hospice will be redirected to Pioneer Manor in the amount of $1.25 million annually starting in 2026.

The amount drawn from capital reserves could also see a reduction if the city is able to find a means of generating revenue from the old space at Pioneer Manor that will become vacant once the new wing is constructed.

"We could possibly be generating rental revenues in the older section of the building," said Ward 9 Coun. Deb McIntosh. "That number may change by the time we get to 2026.

Construction costs will be spread over three years from 2021-2023 and will see two tranches of debt financing secured in 2022 and 2023 in the amounts of $27.5 million. The actual net impact of the project is $809,753, increasing to $1.4 million by 2026, but as mentioned that amount will be offset by expiring capital commitments to HSN and Maison McCulloch that will be redirected.

Pioneer Manor director Aaron Archibald explained that this project could not come at a better time as the building has been in operation since 1953 and the residents have begun to outgrow the facility. In its early years, Pioneer Manor was a retirement home and not a long-term care home, and one of the stipulations to take up residence was that you had to be able to walk into the building.

That being said, the facility is not 100 per cent up to standard as a long-term care home in meeting the needs of those with mobility issues of who require aids such as wheelchairs or walkers to get around.

"Pioneer Manor has been in operation since 1953 and it was opened as a home of the aged," said Archibald, who said that over the last six decades there has been significant investment into Pioneer Manor to renew and revitalize the facility.

"Through redevelopment, as the new beds were made and the old beds were moved over, that space was revitalized and re-purposed. The challenge is one third of our building has yet to go through that process and 149 of those beds were built in 1972 to the 1972 design standard."

When speaking about a long-term care "bed", what is actually being spoken about is the room structure and actual living space.

"One third of our facility is smaller hallways, smaller rooms; we're unable to accommodate the increasing care needs of more complex and acute patients that are now coming in to live in long-term care," said Archibald. "On the second floor of that area we have stairs; if you're in a wheelchair, if you're at high risk for falls and you see someone who has moved into that section and as they start to decline we need to move them out."

Ward 5 Coun. Robert Kirwan was relieved to see this business case come to fruition, and thankful for the support from the province.

"We've never seen the funding breakdown as positive as it is for the city at this point," said Kirwan. "At one point the city was going to have to pay about 60 per cent of the cost, now the city is looking at less than 40 per cent of the cost. The announcement by the government to approve everything that we had asked for has allowed us to maximize the financing."

Kirwan also spoke about what the redevelopment will mean to Pioneer Manor residents in its cutting out of the inequity of care that has existed.

"The care that our residents get is second to none, it doesn't matter where you're living in the building, you're getting the same kind of care from the PSWs and the nurses and the staff," said Kirwan.

"The problem is that the older section is generally where the new people land when they come into Pioneer Manor because they're on a waiting list to move into one of the newer rooms once they arrive. Over 100 people get transferred every year from the older section to the newer section and it creates two moves."

Archibald says that he's hopeful for occupancy of the new build by 2023, though there is still a good deal of bureaucratic process to undertake before shovels can get in the ground.

A detailed design must be signed off on by the province, a development agreement needs to be in place and the project must then go out to tender before anything can even get rolling on the construction side of things. Archibald is hoping that the entire process of getting approvals and completing construction takes about 24 months.

In addition to approving to business case for Pioneer Manor on Tuesday, the finance committee approved to other business cases related to the long-term care home that will add staff.

One business case will increase the number of PSWs by two full-time equivalent positions, and the other will add two FTE registered practical nurses. Both business cases come at a net zero impact to the tax levy.

When all was said and done during Tuesday's discussions, the current proposed tax increase was sitting at 4.1 per cent.