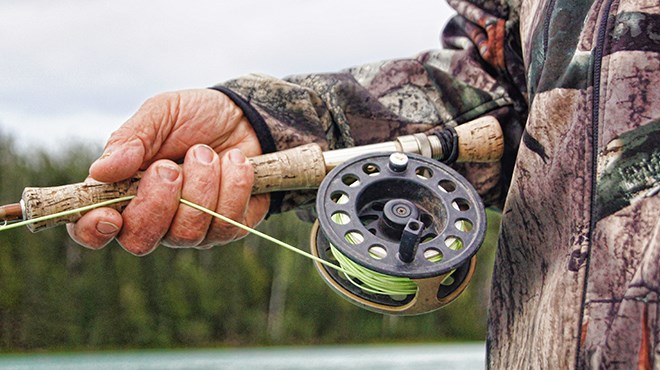 If action isn't taken to address the climate crisis, Canadians and the rest of the world will no longer be able to rely on the fish as a food source, said the Green Party.

Among other things, the Green Party would increase funding for research on fish stocks to improve management and protect endangered species in the face of rapidly changing ecosystems.

Following is the full release:

In Canada and around the world corporate-industrial fisheries have inflicted significant environmental damage, threatening the viability of the industry itself and undermining inshore fisheries.

Many commercial fish populations are depleted, some to near extinction, due to overfishing.

“You’d think we’d have learned our lesson after the collapse of the Newfoundland cod fisheries 27 years ago,” said Green Party Leader Elizabeth May. “That disaster was caused by mismanagement and overfishing. Now the climate emergency is fundamentally changing marine ecosystems through ocean acidification, increased water temperatures and decreased oxygen levels. Unless we address the climate crisis immediately humans will no longer be able to rely on the bounty of the ocean that has always been a vital component of our food supply”.

Green Party critic for West Coast Fisheries and candidate for North Vancouver, George Orr, commented that salmon are a keystone species in the Pacific Northwest and have been a source of food and celebration for Indigenous communities located along the coast for thousands of years.

“Now we are witnessing the worst return of the salmon in 50 years,” said Mr. Orr. “People whose livelihoods depend on the fish are up in arms over this dwindling resource. The bears and the orcas that depend on salmon for sustenance are starving. The current government has fallen woefully short in addressing the collapse of the resource. Innovative Green policies will ensure a holistic approach to bring all stakeholders together and create a consensus to restore the salmon."

John Kidder, Green Party Finance Critic and candidate for Mission-Matsqui-Fraser Canyon, said “Pacific salmon, especially sockeye, have always been essential as the winter food source for indigenous communities on the Fraser River and all its tributaries, as well for the recycling of nutrients to the land through birds and bears.

“The failure of the salmon to return to the rivers is nothing less than a disaster. We call on the government of Canada, under the Disaster Mitigation and Adaptation Fund, to immediately make funds available to interior BC indigenous communities to defray the costs of purchasing alternate food for winter, and to fund them over the longer term to take responsibility for monitoring and management of riverine habitats and spawning grounds.

Greens will ensure that coastal communities are actively involved in fisheries management and that interior indigenous communities are likewise involved in habitat monitoring and protection. Mr. Orr noted that Atlantic inshore fisheries have protections against corporate control but in British Columbia fishing licences and quotas can be owned by investors and fish processing companies.

“What this means is that Canadian fish can be processed in other countries such as China,” added Mr. Orr. “A Green government will apply fair and consistent fisheries policies to all fishers, whether in the Atlantic, Arctic or the Pacific.”

A Green government will also:

-Increase funding for research on fish stocks to improve management and protect endangered species in the face of rapidly changing ecosystems.

-By 2025, move all open-net pen finfish aquaculture facilities into closed containment systems on land. As with land farmers transitioning from conventional production, provide financial and extension support to fish pen workers to make this transition.

-Explore removing Fisheries and Oceans Canada’s mandate to monitor and protect spawning grounds and habitat, and shift that responsibility to interior First Nations.

“The climate emergency is already upon us. We must act quickly to protect the vital marine habitats and fisheries that sustain our coastal communities.” said Ms. May.