Candidate to be acclaimed at Thursday nomination meeting
Jun 28, 2017 12:15 PM By: Sudbury.com Staff 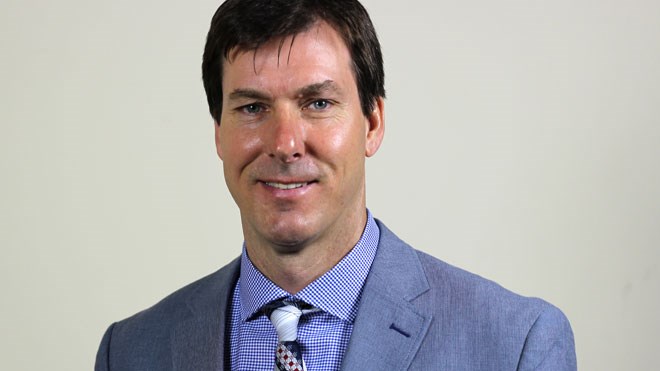 Former NHLer Troy Crowder will be officially acclaimed as the Ontario PC candidate for the Sudbury riding at an event on Thursday evening. (Supplied)

Where once he threw fists in defence of his NHL teammates, Troy Crowder will soon be throwing rhetorical punches as the Ontario PC Party’s candidate in the Sudbury riding.

The former NHL enforcer, who spent seven seasons in the NHL, is expected to be acclaimed at the Sudbury PC Ontario Riding Association nomination meeting tomorrow night at the Holiday Inn. MPPs Vic Fedeli and Ross Romano are expected to be on hand as guest speakers.

Crowder spent seven seasons playing for the New Jersey Devils, Detroit Red Wings, Los Angeles Kings and Vancouver Canucks. During that time, he traded fists with some of the sport’s most iconic goons: Stu Grimson, John Kordic, Tie Domi. And let’s not forget his battles with Bob Probert.

Crowder did something surprising after his retirement. He went to his home in Walden and became an inventor, fashioning and then patenting the 55 Flex, an attachment that helps tailor a skate’s fit to the skater’s feet. He even went on Dragon’s Den (although the segment didn’t air, and the Dragon’s turned him down).

Now, the Northern Ontario native is turning his inventive brain and tough-guy attitude to politics.

The nomination meeting is a private event.

“For far too long Sudbury and the North has been ignored by the Wynne Liberals. They always find a way to leave the hardworking northern families paying more and getting less,” he said. “Troy is a fighter and I know he will be a strong voice for Sudbury families and taxpayers.”

Ontario confirms 154 new COVID cases, no deaths today
Jul 6, 2020 2:00 PM
Comments
We welcome your feedback and encourage you to share your thoughts. We ask that you be respectful of others and their points of view, refrain from personal attacks and stay on topic. To learn about our commenting policies and how we moderate, please read our Community Guidelines.