Four start-ups make their pitch at a Sudbury event

Four local start-ups each had 10 minutes to prove they were worthy of hundreds of thousands of dollars in investment. “Sudbury Pitch is really formulated around the concept that many of these early-stage companies are great equity plays.
May 8, 2014 1:39 PM By: Jonathan Migneault 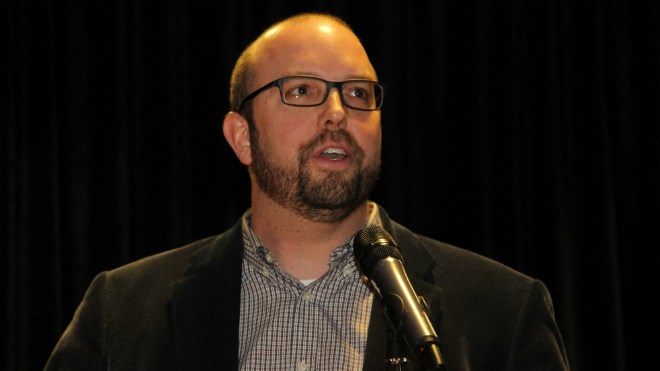 Modern Mining and Technology Sudbury has announced Don Duval will serve as the honorary Chair for the 2016-2017 season. File photo.
Four local start-ups each had 10 minutes to prove they were worthy of hundreds of thousands of dollars in investment.

“Sudbury Pitch is really formulated around the concept that many of these early-stage companies are great equity plays. Meaning there are a lot of high-net worth individuals in the community that can write big cheques. These companies have great valuations,” Duval said.

First up was Leak Prevention Ltd., a company that has devised an early warning system for pipeline operators to stop leaks before they happen.

The company's patented technology coats pipelines with a special paint that blocks a weak electrical current. The smallest puncture exposes the metal below, which transforms the pipeline into a thousand-kilometre long game of Operation.

But instead of a loud buzzing sound, and the board game patient's nose lighting up bright red, the operator is alerted in real-time where the paint may have been nicked. They can then choose to take corrective measures and avoid a spill that would be costly to both the environment and their pocket books.

Sudbury entrepreneur Jeff Fuller, chair of Leak Prevention Ltd.'s board of directors, told three panellists he would bring the expertise he has developed in the mining sector, through his mining supply company Fuller Industrial, to the oil and gas sector.

The next person to hit the stage was another Jeff – Jeff Sutton.
Sutton is the CEO of Verv, a company that has developed an inexpensive point-of-care filtration system to separate plasma from blood.

Plasma is needed for a number medical tests related to allergies, diabetes and cholesterol, to name a few.

Plasma is typically separated from blood in a lab through an expensive machine called a centrifuge.

Sutton said Verv has developed a material with “fantastic” filtration capabilities that would do the same job as a centrifuge for a fraction of the cost. It would be cheap enough that pending approval from Health Canada, and the U.S. Food and Drug Administration, patients could potentially buy them with approval from their doctors.

Sutton asked the angel investors in the room for a $650,000 investment to finish development on the material's patent portfolio and market Verv's invention to medical device manufacturers like Siemens and Roche.

His business plan is to license the device to those manufacturers and make money on royalties.

“The market for point-of-care testing is $50 billion a year,” Sutton said. “The market is enormous and growing.”

But the expert panel, made up of Peter Evans, founder and CEO of Expertfile, Tom Fortin, CEO of Ontrak Controls, and Michael Atkins, president of Laurentian Media Group, were lukewarm on his reliance on other companies to manufacture his device, rather than do it himself.

The panel was meant to collect more information on each company on behalf of the angel investors in the room.

The third presenter was Sheri Tomchick, CEO of Plan A Scheduling Solutions.

Thanks to a collaboration with Sudbury voice and data provider Sunwire Inc., Tomchick developed a software solution for staff scheduling in the health care sector.

Through her previous company, Plan A Health Care Staffing Solutions, she said she had trouble keeping up with the number of phone calls she faced to schedule medical staff.

“You can fill 75 shifts in less than an hour,” she said.
Tomchick asked the angel investors for $750,000 to market her product, update her software and hardware solution — which is made up of dedicated servers.

When the evening was over, Tomchick won the people's choice award, based on voting from the audience.

The final company was Rna Diagnostics, a company that has developed a method that could see breast cancer treatments tailored to the particular genetic makeup of the patient.

Doctors can determine if chemotherapy would effectively attack a patient's cancer, and avoid it if there are other options available that would be more effective with fewer harmful side effects.

No deals were signed the night of the Sudbury Pitch event, but Duval said it was a chance for the companies to make strong first impressions with potential investors. He said it could take several months before money starts to exchange hands and the companies have opportunities to grow and create capital.