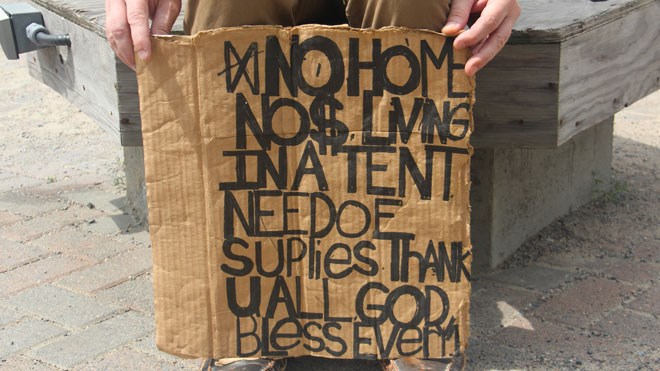 Foyer Notre Dame House's closing was planned following the Emergency Shelter System Review in March 2019. The shelter has been operating at a reduced capacity of six beds since September 2019. Its occupancy rate has been very low, said the shelter's executive director. There was one youth who stayed there in February.

There are a number of reasons the shelter is closing, said Denis Constantineau. Low occupancy is part of it, but he said the shelter was never equipped to deal with the changing needs of the demographic it serves.

“We're seeing so many more mental health issues, and they are pretty severe issues,” said Constantineau. “The board and staff came to the realization that we don't have what we need to deal with that population and offer the services they needed.”

Last year, the province said it was making changes to funding models. As part of the changes, the shelter was required to be open to people under the age of 24 and must be able to admit people under the influence of alcohol or drugs.

“The needs of this population has changed even over the last five years,” Constantineau said. “There's no longer a need for the traditional shelter.”

When it was first set up, the shelter was used as a means to “broker a conversation between the youth and their families, or to find them alternate accommodations until they were old enough to be on their own,” Constantineau said.

“The issues youth face today are much more complex than that, and the shelter was never set up to deal with the mental health mandate,” he said.

Instead, the organization plans to focus on providing support and prevention programs.

The City of Greater Sudbury had posted an Expression of Interest in the fall of 2019 to seek a service provider for a low barrier, housing-focused shelter for youth aged 16 to 24 years in line with the recommendations received through the Emergency Shelter System Review.

There were no respondents who could provide the services within the scope required, said a city spokesperson in an email to Sudbury.com. The city will continue to work with community partners to develop a broader, more collaborative approach to providing services to vulnerable youth.

In the meantime, the Homelessness Network agencies, including the Sudbury Action Centre for Youth, have staff who can support a youth who may be homeless or at risk of homelessness to access other temporary or permanent housing options, said the city in the email. The Off the Street emergency shelter will accept youth aged 16 and older into the shelter program if required.