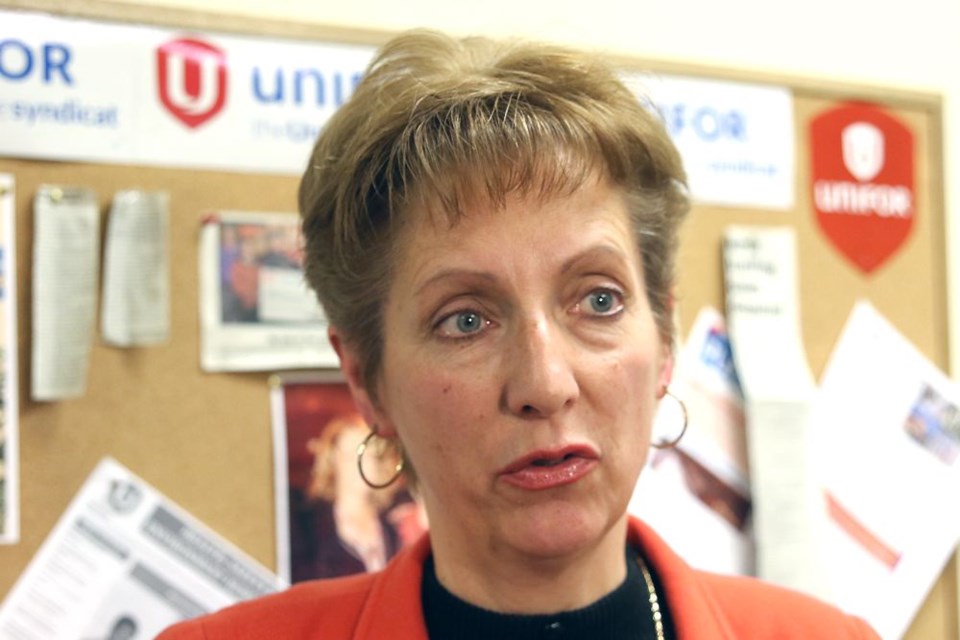 Nickel Belt MPP France Gélinas, the NDP health care critic, is calling on the Doug Ford conservative government to provide enough funding to end the overcrowding at Health Sciences North and to speed the process of providing "desperately needed surgeries".

The government responded it is doing the best it can for now and more detailed plans will be announced soon.

Gélinas raised the issue Tuesday while speaking in question period at Queen's Park.

“The situation at Health Sciences North in Sudbury is getting more dire by the day.  The hospital is operating at 104 per cent capacity and last week they had to cancel every elective surgery due to overcrowding,” said Gélinas told the legislature.

This was the second day in a row that Gelinas has raised concerns about the surgery backlog, which HSN has admitted is roughly 4,200 surgeries that need to be performed.

When  Gélinas spoke in the house on Monday she said residents were at first excited to hear that the hospital was planning surgeries again, but that soon turned to disappointment when people learned elective surgeries were on hold again because the hospital was too overcrowded.

Gélinas said the government is claiming to have a plan to clear the backlog "But is clear they either do not have a plan, or their plan is not working.”

Gélinas went on to say that unless the government can come with solutions to resolve the backlog, the situation at the Sudbury hospital is only going to get worse. She suggested the province should intervene and take some sort of immediate action.

“The flu season is coming up quickly, and a second wave of COVID-19 would make everything worse, if not disastrous,” said Gélinas.

“Doug Ford should not leave our hospital to cobble together a plan on their own. Our community needs our hospital to be functional, and we need it to be able to withstand a surge in illnesses coming in the next couple months.

“Will the premier commit today to providing additional, adequate funding to relieve the strain on our heath care system and Health Sciences North to help people who are sick and in pain get the surgeries they so desperately need?” she asked.

She added that as part of Ontario's fall preparedness plan the ministry of health wants to be sure hospitals can expand their capacity particularly for critical care beds.

"We want to make sure every hospital is going to be able to meet these challenges," said Elliott. She said full details of the fall plan will be released soon.

As Gélinas made reference to the possibility of things getting worse in the fall, Elliott said the ministry of health is aware that as difficult as things were during "wave one" of the pandemic "the response to wave two is going to be more difficult and challenging."

She said the ministry is aware that people need surgeries and that the fall preparedness plan should address the need for additional capacity.

Elliott added that the ministry of health is also planning a significant response to the annual flu season in a bid to keep people out of hospitals unnecessarily.