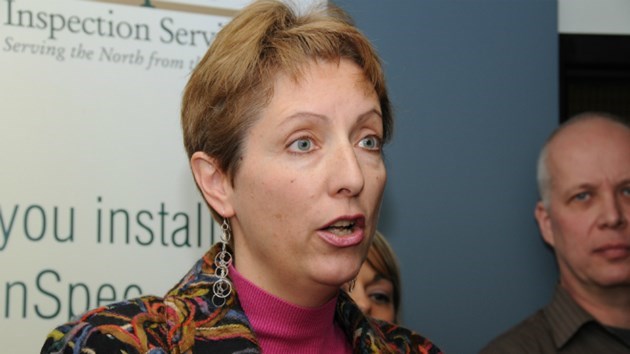 Nickel Belt MPP France Gélinas rose in the legislature Monday to introduce a bill that would put Wahnapitae First Nation in the riding of Nickel Belt. File photo.

Nickel Belt MPP France Gélinas rose in the legislature Monday to introduce a bill that would put Wahnapitae First Nation in the riding of Nickel Belt.

“The bill would amend the Representation Act of 2015 to include the Wahnapitae Indian Reserve #11 in the electoral district of Nickel Belt rather than in the electoral district of Timiskaming–Cochrane,” said Gélinas. “It would save the people of Wahnapitae First Nation a three-hour drive to access the office of their provincial representative, presently located in Temiskaming-Cochrane.

“The leadership of Wahnapitae First Nation has been asking for this change for years. Chief after chief and band council after band council have been sending letters and meeting with government to try to get this changed; but with no results. This should have been done when we changed the boundaries to the Southern ridings, in December 2015, but at the time the Liberal government voted it down. With all the good will and good intentions coming out of the Apology Ceremony this Monday; I thought it would be an easy first step to take.”

Wahnapitae First Nations is a community of about 100 people located a 15-minute drive from Gélinas’ constituency office in the Hanmer Valley Shopping Centre. It is in the electoral district of Nickel Belt at the federal level but is in the riding of Temiskaming-Cochrane at the provincial level.