Good morning, Greater Sudbury. Here are some stories to start your day. 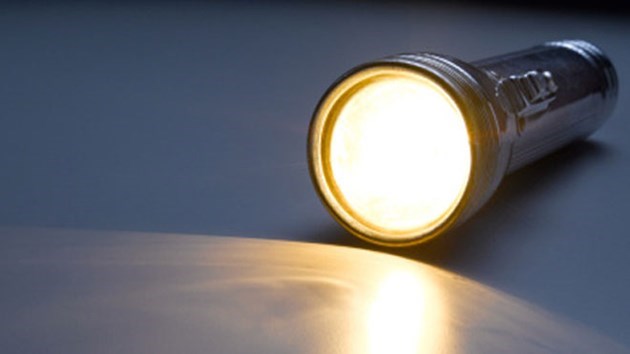 Power was restored overnight to all Greater Sudbury Hydro customers affected by a widespread outage last evening. GSU said the widespread outage began at 9:18 p.m. with a problem at the Hydro One Martindale Transmission station. About 20,000 Greater Sudbury Hydro customers were initially affected, as well as thousands of Hydro One customers (Hydro One's outage map shows power has also largely been restored to its customers as of Monday morning - there was a small outage affecting less than 20 customers in the Fairbanks Lake area). Greater Sudbury Hydro was able to reroute power to the majority of its affected customers; however by midnight, no further switching was possible. About 2,800 customers in Capreol, Falconbridge and Coniston remained out until just before 3 am. As normal switching patterns are restored later today, some customers may notice momentary interruptions. "We thank our customers for their patience," said Greater Sudbury Utilities.

Public Health Sudbury and Districts (PHSD) is reporting eight new cases of COVID-19 for today, Sunda, May 9. There have been 2,011 confirmed cases as of today’s update. PHSD also said there are now 77 active cases being monitored by public health officials, down from 88 the day before. PHSD also said 1,934 of those cases have now been resolved. With respect to where the newest COVID-19 cases might have occurred, the PHSD daily update page reported that eight cases were found in the Greater Sudbury area. For the full story, click here.

I confess that I was deeply disturbed when I heard the news about all the cuts at Laurentian University. I was aware of budgetary concerns, however, the reality of what transpired went far beyond what I imagined. It was as though a bomb had been thrown in the heart of Greater Sudbury. Like many of you, I reacted emotionally. Laurentian is so much more than a post-secondary institution, much more than bricks and mortar, computers, laboratories and books. Laurentian is a community of hundreds of people who contribute to the economic, environmental, social, cultural, and of course, educational wealth of Nickel Belt – Greater Sudbury, and Northern Ontario.  It is one of our gems of the North. It was officially announced May 2 that the federated institutions, Thorneloe, Huntington and University of Sudbury will be forced to sever ties with Laurentian. This is a further heartfelt loss to the sense of community and a tragedy for faculty and students who pursued their passions within those institutions. For the full story, click here.

Health Sciences North (HSN) has been chosen by Ontario Health as one of six health organizations to serve as a Network Lead as part of the expansion to Ontario’s Structured Psychotherapy Program, the hospital said in a news release Friday.  HSN said it is the first publicly funded program of its kind in the region and this will lead to expanded access to structured psychotherapy in Greater Sudbury and across Northeastern Ontario. The hospital said the Ontario Structured Psychotherapy Program provides access to evidence-based, short-term, Cognitive Behavioural Therapy (CBT) for people with mild to moderate depression and anxiety and anxiety related disorders. CBT is a form of talk therapy that helps people to develop alternative ways of thinking and behaving, helping to reduce their psychological distress, said HSN. Mel Ducharme, Regional Lead for Structured Psychotherapy for Northeastern Ontario, said the program will eventually expand into other parts of the North. “HSN will act as the centralized access point for referrals and delivery of psychotherapy services. The delivery of these services will eventually be offered at delivery sites across Northeastern Ontario," said Ducharme. For the full story, click here.

Mayor says task team has seen some positive results, but more work remains to be done

The task team that was created last October to address issues with homelessness and the city's downtown has not met since March 8, but work is still going on behind the scenes. Greater Sudbury Mayor Brian Bigger launched the task team late last year in the wake of a string of violent incidents in the city's downtown, including a fatal stabbing that resulted in second-degree murder charges against a 32-year-old man. Scheduling regular task team meetings has come with its share of challenges, as the city has been fighting with a third wave of the COVID-19 pandemic, and Bigger was involved in city budget discussions for much of the early part of 2021. During their last meeting on March 8, one of the key topics discussed was a supervised consumption site in the city. Public Health Sudbury and Districts issued a formal request for expression of interest for a supervised consumption site last October, but a location has not yet been identified. "Public Health and Réseau have been working on this so we got a bit of an update there and I've invited them to come back and provide more details with the challenges they've been facing," said Bigger. "They have not been able to identify a location yet, but we're bringing all the partners together to move that forward.” For the story, click here.

Wet flurries or rain showers to kick off the week