BY RISA OLDFIELD It is not uncommon to see advertisements for people desperate to find apartments beside the few ads for places to rent. It is hard to find affordable housing in this city.
Aug 28, 2007 8:43 PM By: Sudbury.com Staff 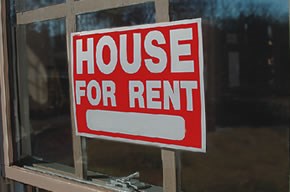 It is not uncommon to see advertisements for people desperate to find apartments beside the few ads for places to rent.

It is hard to find affordable housing in this city. In some cases, rent has increased by as much as $100  per month in less than 12 months.

And the cost of renting a one- or two-bedroom apartment is going to continue increasing.

“I would say it’s going to go up a good 25 to 30 per cent before the landlords are happy,” she says.

“I think (couples with children) are finding it very hard because of the price of the rent.

As recently as five years ago, landlords faced a renters’ market with the vacancy rate about 10 percent.

In many cases, landlords were unable to raise their rents on annual basis because the demand for units was low at a time when it was almost as affordable to buy a “starter” home.

Dave Matthews, a realtor, thinks that the cost of renting in Sudbury has increased because landlords are trying to make up for lost ground.

The rental market, Matthews says, was depressed and it was very difficult for local landlords to make a profit.

Landlords couldn’t afford to make improvements. Nor did they want to invest in building more rental units.

According to Matthews, the cost of renting a one-bedroom apartment in Sudbury is now 25 percent higher than it was three years ago.

The average rent for a one-bedroom apartment, Matthews says, is now coming into the $625 range.

“I think there’s definitely an affordability problem … I think that it’s extremely difficult for someone who’s on a fixed income or on social assistance,”Matthews says.

“Everywhere that’s affordable is in a really bad part of town,” says David Lalonde, who is currently looking for a place to rent.

The high cost of rent doesn’t surprise him because he realizes that after many years of stagnant growth, the city’s population is increasing.

“I’m not surprised as much as I was expecting it because Sudbury’s growing,” he says.

According to Webb, it’s been difficult finding an apartment that he can afford.

“People with a kind of mediocre income aren’t able to find an apartment within their means,” he says.
“There’s such a demand for apartments right now, … I expected that,” he says.