Canada's Green PartyLeader and MP (Saanich – Gulf Islands) Elizabeth May, released the Green Party’s plan to make a Guaranteed Livable Income (GLI) a reality for all Canadians today.
0
Jul 18, 2015 12:09 AM By: Sudbury.com Staff 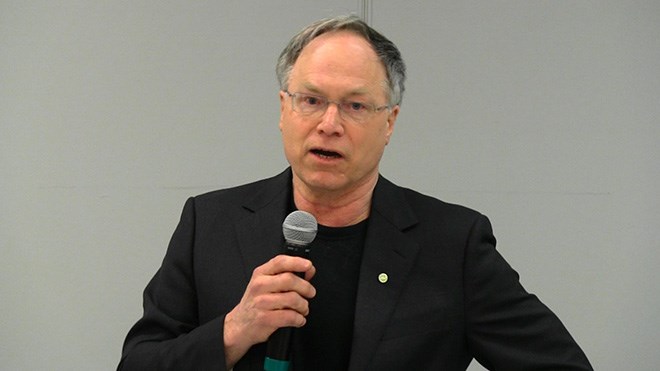 “We believe that a Guaranteed Livable Income plan will help the steadily increasing numbers of people trapped in the low-wage economy and especially Canadian youth, who struggle to survive with part-time employment,” said May.

Mary Lou Babineau, Green Party Labour and Employment Critic and candidate (Fredericton), added, “in a country as wealthy as Canada, people should not be living in poverty; yet many do, especially here in New Brunswick as a result of high unemployment rates, recent reductions in EI benefits and cuts to social programs. The GLI will ensure that poverty is eliminated in our communities and that everyone – seniors, those unable to find permanent work, and people living with disabilities – can live secure and stable lives.”

Sudbury's Green Party candidate David Robinson weighed in on the plan in an interview with NorthernLife.ca, mentioning that this way of thinking is not anything new and that now is the time to put this into effect.

“This is an approach that has been proposed by serious economists for more than 50 years,” said Robinson.

"It's a much neater way of dealing with poverty and general fairness and is a more efficient way of delivering income support accross the economy. The Green Party has had this as a policy for some time and as an economist I'm thinking that it's nice to see the rest of the community catch up on this issue.”

Elizabeth May concluded, “GLI is about more than reducing poverty – it will reduce the crime rate, improve educational opportunities, and increase access to healthcare, to name a few benefits to Canadians. A Guaranteed Livable Income makes sense for all Canadians and will save billions of dollars.”