Greens promise to improve support services for military, their families 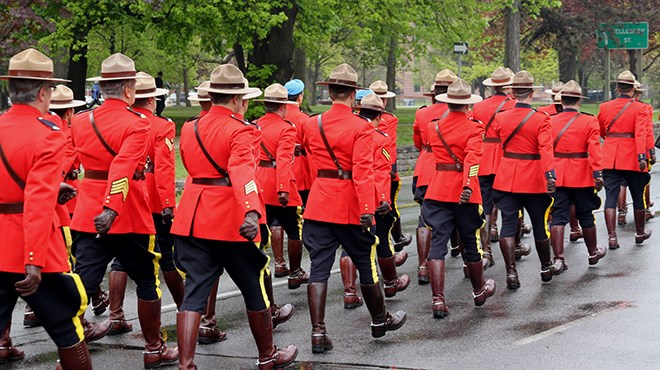 The Green Party of Canada has committed to introducing comprehensive and fully-funded support services for active and former members of the Canadian Armed Forces and Royal Canadian Mounted Police, as well as their families.

According to a press release issued Saturday, this will be achieved by launching a national re-examination of veterans' issues in December 2019 based on engagement with veterans and their family members.

In addition to any changes made from these findings, the Green Party has committed to:

Read the full text release below.

CHARLOTTETOWN, PEI  — The Green Party values the work and sacrifice of active and former members of the Canadian Forces and RCMP. But rising suicide rates among veterans are a clear indication that they are not getting the services and support they need. A Green government will step up to provide long overdue comprehensive services for veterans.

”The men and women of the Canadian Forces dedicate their lives in service to this country,” said Green Party Leader Elizabeth May. “The Green Party is committed to providing comprehensive, fully-funded services for veterans and their families.”

The Green Party will launch a national re-examination of veterans’ issues in December 2019 based on good-faith engagement with military families and veterans, including issues relating to pensions and benefits.

“We first have to identify the kinds of reforms and changes that are needed to better meet veterans’ needs,” said Ms. May. “In the meantime, we will certainly restore periodic payments at pre-2006 levels. And we will immediately repeal the section of the Superannuation Act that denies pensions to surviving spouses of certain workers, including those in the RCMP, and veterans who married after age 60.”

A Green government will also:

Work with veterans’ organizations to review and update the Veterans Charter and the processes, structure and mandate of the Veterans Review and Appeal Board to ensure that all veterans are treated fairly and with respect.

Ensure that all veterans have access to health care, and mental health support and treatment. Military personnel with PTSD must be treated as highly valued people whose health needs to be restored, rather than as liabilities who need to be removed.

Work to national standards for personal service dogs and increase funding for service dogs to assist veterans with PTSD.

“It’s so important that we properly care for those who are on the front lines caring for us. And we need to reassure young people considering a career in the armed forces that their future will be safeguarded,” concluded Ms. May.