Greens propose a military response to the effects of climate change 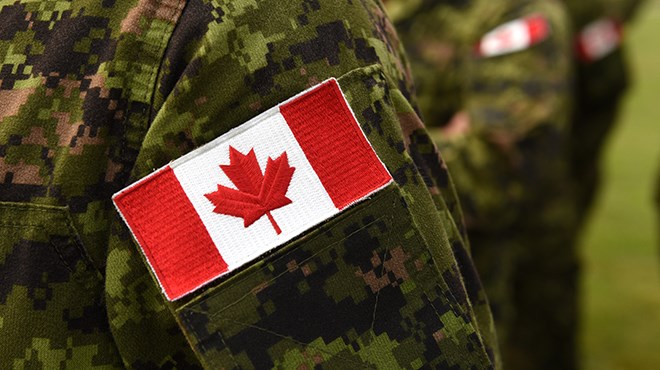 The Green Party of Canada has committed to developing the Canadian Armed Forces to respond to the effects of climate change nationally and internationally.

According to a press release issued Saturday, this decision follows reports that climate change is the cause of more frequent and dangerous national disasters, and conflict surrounding natural resources.

Forces will be trained to serve in new and traditional capacities in anticipation of more frequent deployments to protect the nation's evolving northern borders and provide support to civilians and communities suffering from extreme weather events.

Furthermore, on the topic of national security, the Green Party promises to:

Read the full text release below.

OTTAWA, ON  — The security and defence of the nation is a fundamental responsibility of any sovereign government. Not since the end of the Cold War has global security seemed so precarious. Climate change is a major contributor to increased global instability and has been identified by security analysts as a major threat multiplier.

The Green Party recognizes the impact of climate change as the source of more frequent and dangerous natural disasters, as well as the cause of increasing conflict over resources around the world.

“International stability rests on all nations being able to provide for their people’s basic needs and security,” said Green Party Leader Elizabeth May. “The climate crisis has introduced a host of new global challenges, including a surge in climate refugees. That is why action on the climate emergency and achieving the UN Sustainable Development Goals are cross-cutting themes in the Green platform.”

“Canada must provide international leadership on the climate emergency and that includes leading the way on building and supporting peace,“ said Annamie Paul, Green Party international affairs critic and candidate for Toronto Centre.

The Green Party platform recognizes the global reputation for training, leadership and cooperation that members of the Canadian Armed Forces bring to international operations.

“We are aware of the need to ensure a general purpose, combat capable force that can provide realistic options to the government in domestic security emergencies and international operations,” said Ms. Paul. “The Green Party will ensure Canadian Armed Forces can be globally deployed to act as part of a UN force or coalition defence.”

Ms. May noted that the climate emergency brings new challenges for the Canadian Armed Forces. “The rapid pace at which the Arctic ice is melting means that our northern borders will be more vulnerable. Our forces will have to adapt and be prepared to serve in both traditional and new capacities. There will be more frequent deployments to protect civilians and communities from extreme weather events, wildfires and flooding.”

A Green government will sign and ratify the Treaty to Abolish Nuclear Weapons, ban autonomous weapons and work for a global pact to make them illegal. “We are fully aware of the dangers of militarism and the need to defend against it, both at home and on the global stage, in order to protect vulnerable populations,” said Ms. May. “ We will cancel the contract to sell armoured vehicles to Saudi Arabia and, as part of our Mission: Possible climate action plan, we will ban the importation of Saudi oil.”