Group of cyclists draws online criticism after ride through Chelmsford 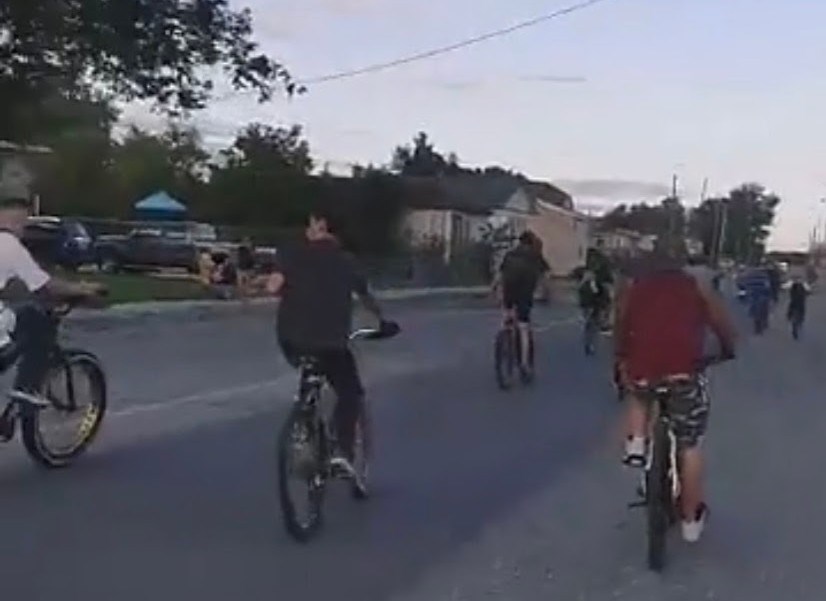 A group of cyclists have drawn the ire of a number of Chelmsford residents after taking part in a bike ride on July 30. (Supplied)

A group of cyclists have drawn the ire of a number of Chelmsford residents after taking part in a bike ride on July 30.

A Facebook post on the Spotted in Chelmsford group has drawn some back and forth debate between annoyed residents and those who took part in the bike ride on Thursday night.

One concerned resident who wished to have their name withheld said that the concern with the group was that no one was adhering to social distancing guidelines, and at the same time impeding traffic.

“I tried to get into the IDA parking lot and I couldn’t, there were at least 30 or so people on bikes there all side by side, blocking the entrance,” said the Chelmsford resident.

“I saw a video online of them from another ride they had where they were up on the Bridge of Nations with about 20 or 30 of them, no one was social distancing or wearing masks.”

A young man who took part in the ride on July 30 and  wished to have his name withheld said that the group has had their share of run-ins with disgruntled motorists and there have been some close calls while they’re out riding.

“We had someone pass us and almost get into a head-on collision; on another ride I had someone stop their car and show me their knife,” he said.

“I do understand their point of view, but we’re social distancing the best we can when we’re riding, no one has gotten sick.”

Lee-Ann Seaward is another concerned resident who says that she doesn’t want to impede on anyone getting out and enjoying the summer, especially after being stuck indoors for months due to COVID-19.

“I’m concerned for their safety, there’s kids riding down the road doing wheelies, no one was social distancing,” said Seaward.

“We’ve had 22 cases of COVID-19 in the last two weeks here, how do we know that one of those kids isn't asmyptomatic and they pass it on to other kids? I’ve got concerns on both accounts, no one was wearing masks or helmets.”

The cyclist explained that the group does their best not to impede traffic flow, and that social distancing can be a challenge given the size of the group.

"I’m not sure where else they want us to ride, it’s a group of about 50 people and we’re not allowed to ride on the sidewalk,” he said.

“We had a bylaw officer approach us after another ride, we were at Sudbury Secondary School and he came up to us, we didn’t get a ticket and he just told us to make sure we were keeping our distance.”

Seaward explained that the haphazard nature of the rides was a concern to her and that there seemed to be a lack of respect for the rules of the road from the cyclists.

“They were taking up an entire lane, they were going right through four-way stops,” said Seaward.

“I don’t have an issue with them protesting or riding their bikes, have at it, kids need this exercise and to be able to get outside, but it’s the way they’re riding down main roads. If they put out notices online of where they’re riding and when and if they rode single file it wouldn’t create an issue.”

Third Lo-Ellen student tests positive for COVID-19
Oct 26, 2020 9:25 AM
Comments
We welcome your feedback and encourage you to share your thoughts. We ask that you be respectful of others and their points of view, refrain from personal attacks and stay on topic. To learn about our commenting policies and how we moderate, please read our Community Guidelines.