Insolvent Laurentian is reviewing its real estate holdings to see if they can be ‘monetized’ and groups like the Laurentian Nordic Ski Club are worried that might open areas to development
May 13, 2021 10:00 AM By: Heidi Ulrichsen 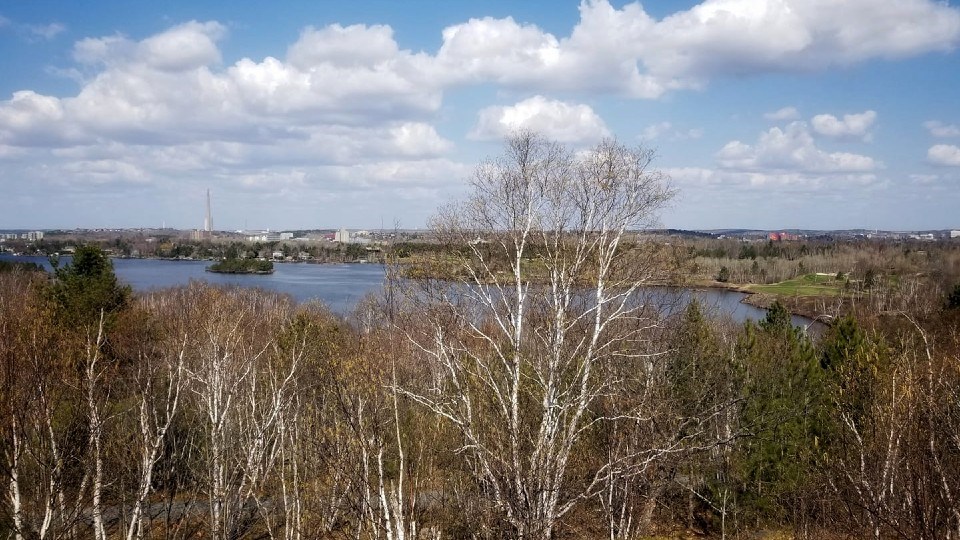 Jesse Rosato shared this photo of some of Laurentian University’s greenspace in his Facebook page “Help Save Laurentian Trails and its Ecosystem.”Supplied/Jesse Rosato

With Laurentian University’s plans to review its real estate to determine if its assets can be “monetized,” Sudburians are mobilizing to save the more than 200 hectares of bushland and network of trails on campus from development.

In an affidavit filed April 21 as part of its court-supervised insolvency restructuring, Laurentian president Robert Haché said that one of the next steps that the university will take will be “a detailed assessment” of all of LU’s real estate holdings, as well as buildings it owns that are currently being leased to other parties.

“This process will also be undertaken with the assistance of external parties, including those with sector expertise.”

The issue has already captured the notice of Greater Sudbury city council, which met in closed session last week to discuss the possibility of the city potentially acquiring assets from Laurentian.

“We’re having these conversations about what we can do to protect and conserve these community assets and those conversations have been ongoing,” said Greater Sudbury Mayor Brian Bigger.

Coalition for a Liveable Sudbury has issued a call to action to preserve Laurentian’s green spaces.

They’re collecting supporters’ contact information through their website should more action on the issue be needed. The group is also asking supporters to contact their political representatives and speak out about the issue.

Naomi Grant, co-chair of Coalition for a Liveable Sudbury, said the area in question is more than 200 hectares, and includes waterfront on several lakes, including Lake Nepahwin, where LU has its own beach, and the small, swampy Bennett Lake.

She said these lands are also adjacent to “and de facto part of” the Lake Laurentian Conservation Area, and border on Ramsey Lake, which provides drinking water to 60,000 Sudburians.

Observers say the university’s Nepahwin waterfront would be especially attractive to developers, but Grant said the lake is “at capacity for development, and its health is really reliant on that natural area.”

Laurentian’s green spaces, heavily used by the community to go hiking, swimming, mountain biking, blueberry picking and more, “really shouldn’t be put up for sale for private interests,” she said.

“I don’t know what’s going to happen, but we do know that the university is talking about a real estate review, and this is part of their real estate.”

Jesse Rosato, who’s from the nearby Lo-Ellen area, has created a Facebook group called “Help Save Laurentian Trails and its Ecosystem” to raise awareness of the issue. He’s also put up posters on the topic at the entrances to the trails on Laurentian land.

Rosato said he’s not sure what’s going to happen at Laurentian with its real estate review, but it’s better to be prepared if LU does want to sell off some of its land.

“I live in the area,” he said. “I’ve always lived in the area. The trails have always been a really, really important spot for me, not just me, but for everyone in the area and the general community. It’s a great green space with lots of nature.”

Laurentian University’s lands are also home to the Laurentian Nordic Ski Club, a network of cross-country ski trails (including a new lighted trail) maintained by volunteers.

The issue of a second LU access road (the South Bay Road extension) that would have paved over some of the ski club’s trails has come up periodically over the years. However, the idea was finally shelved by the city around five years ago.

Laurentian Nordic president Chris Gore is now eyeing the new potential threat to the university’s green spaces posed by LU's insolvency. He said the club plans to send a letter about the issue to Laurentian’s board of governors and president.

Fortunately, the ski club’s trails don’t go near what he would see as the most valuable properties.

“They’re not on the property that’s right on Lake Nepahwin,” he said. “We have trails that go around Bennett Lake. Bennett Lake is kind of more a swamp than a lake.

“I don’t know if people would want to purchase land and develop there. It’s not a lake that could be used recreationally, even.”

It’s “hard to say” what’s going to happen with Laurentian’s lands, as it’s “all conjecture at this point, because we really don’t know the direction they’re going,” Gore said.

He said if Laurentian decides to sell off some of its land, it will likely face zoning challenges from the city. And the area is much beloved by the community, so LU will have a fight on its hands.

“It’s a treasure to the community,” Gore said. “The thought of losing that to many, many people is abhorrent. I know if anything comes up about the potential for the sale of any of those lands, there will be a lot said within the community.”