Highlights of the Olivier recordings 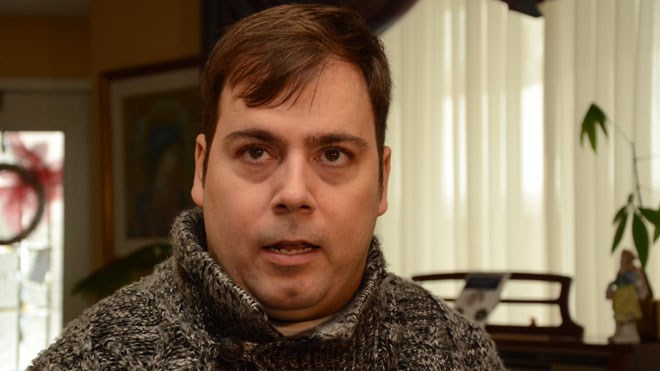 While both Premier Kathleen Wynne and Gerry Lougheed Jr. both have denied byelection candidate Andrew Olivier was offered a job in exchange for stepping away from seeking the Liberal nomination in the Sudbury riding, taped conversations released today seem to suggest otherwise.

The recording of the alleged conversation with Gerry Lougheed Jr. can be downloaded here.

The recording of the alleged conversation with Pat Sorbara can be downloaded here.

It is important to note that neither speaker is identified by the their full name in either conversation.

The first recording is purportedly a conversation between Olivier and Lougheed that took place Dec. 11, 2014.

It is not known where the conversation took place, but a door can be heard opening before Andrew addresses the person entering the room with, "Gerry, how are you?"

After some set up, the speaker Olivier says is Lougheed appears to offer him concessions in exchange for stepping down from the nomination and backing Glenn Thibeault, who the Liberals had just learned was willing to vacate his federal NDP MP seat to run provincially for the Grits.

“So I come to you, on behalf of the premier, and on behalf of, yes, Thibeault, more indirectly, to ask you if you would consider stepping down, even more than that Andrew, nominating him.

"In the course of that deliberation, the Premier wants to talk to you. They would like to present to you options in terms of appointments, jobs, whatever, that you and her and Pat Sorbara could talk about it.

"Having said that, and I made it very clear to Premier Wynne and to Pat Sorbara, is if Andrew says, 'Take a hike,” you know what, we’ll go full tilt still, we have to respect that, but I said this is not running against Marianne Matichuk, this is pretty significant shift of the universe, from NDP to Liberal, two different levels of government.”

“So nobody knows about this, OK? You are sworn to silence about that [laughter].”

As the conversation continues, Olivier makes it clear that he still wants to seek the nomination.

The next day, Olivier received a call from a woman he identifies as "Pat," and who he said today is Pat Sorbara, the Liberal campaign director and deputy chief of staff to the premier.

The caller also wants to talk about Glenn Thibeault's interest in running provincially for the Liberals and how it is hoped he would not be contested in his bid for the nomination.

At 3:35 minutes in, she says, "So I’m saying on that basis, right, and now you’ve been directly asked by the leader and the Premier to make a decision to step aside to allow Glenn to have the […] opportunity uncontested.”

The conversation turns to what's in it for Olivier if he plays ball. At the 15:51-minute mark, the caller says to Olivier, "I don’t know what else he might be interested in, you know, if you are specifically interested in stuff like the accessibility advocacy or disability advocacy like there is stuff being formed in committees and stuff that we can give you a voice on, if for example, if you wanted to be an executive of the Ontario Liberal Party, and that would give you a voice at the party level, and at a different level.

"If there were other things that you’re particularly interested in that is within her realm to make you part of, then she is more than prepared to do that."

In the context of the conversation, the "her" referred to appears to be Premier Wynne.