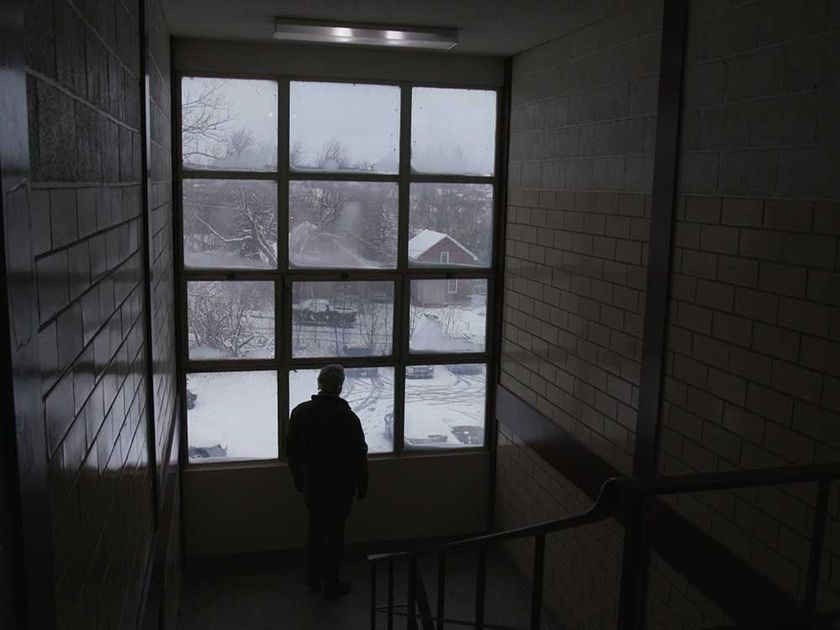 A scene from PREY, a documentary about the fight for justice by Rod MacLeod, a former St. Charles College student in the 1960s. An award of $500,000 in punitive damages and $1.5 million for loss of income in the case of MacLeod has set a new standard, says lawyer Rob Talach. (File)

Rob Talach has been battling the Catholic Church for a long time.

He has earned the monicker the Priest Hunter, and in his career at Beckett Personal Injury Lawyers, he has launched 395 suits against the church. But an award of punitive damages and one for loss of income in the case of Rod MacLeod, a former student at St. Charles College in the 1960s, has set a new standard, Talach said in an interview with Sudbury.com.

On Friday, an appeals court upheld the full $2.52-million award, including a $500,000 punitive damages award levied against the Basilians Fathers. The priestly order moved pedophile priest William Hodgson Marshall from school to school for almost four decades. Instead of addressing allegations of abuse when they got complaints, the priests moved Marshall to new schools, where he had a new slate of victims to harm.

That's what makes the size of the punitive award so important, Talach said. Courts in the past have focused on punishing the abusive priest, but not on holding financially liable the church hierarchy that covered up the abuse.

“It's an absolute precedent nationally, because the highest punitive damage award prior to that in Ontario was $7,500,” Talach said. “So on a punitive level, this isn't just hey, bad, bad church. This is a half-a-million-dollar fine.

“What the citizens of this nation said, and now what the highest appeal judges in this province said, is church, you're paying this, you're guilty, you're liable.”

The ruling also included about $1.5 million in lost earnings as a result of the abuse. Talach said that's important, because judges in previous cases had set a very high bar to prove a link between the abuse and lifelong problems earning a living.

“It is now more fair for victims of historical child abuse or sexual abuse to prove that, hey, it's affected my working life,” he said. “What I thought was really interesting in the decision is you no longer have to prove that, you know, most likely it would have happened.”

Previous decisions on income loss set a high bar, Talach said, putting the onus on victims to prove, on a balance of probabilities, they would have earned more income if they weren't in a lifelong battle with the demons of abuse.

“Now in Ontario, it is clear in law that there is what I called a lowered evidentiary threshold,” Talach said. “The distance and the work we have to go to to prove an economic loss — a loss, an impact on their working life — that is a lower threshold now. It is now, I wouldn't say easier, it's fairer.”

In a criminal case, for example, reasonable doubt would be a threshold of about 95 per cent certainty. For income loss before the MacLeod ruling, victims had to show a 50.1-per-cent certainly of economic loss. The decision in this case puts that threshold at about 35 per cent, Talach said.

“The real key words are 'real and substantial possible possibility,' and that's not likelihood,” he said, of what the decision means. “This (35-per-cent threshold) is a lot easier now to show that there's been an economic loss. That's going to help because you know, 20 years ago, economic loss was unheard of in childhood sexual abuse cases.

“We know so much more now, especially on the scientific front, that this is a 400-pound gorilla for most folks. It weighs them down over life, right? So, this is a real victory for victims.”

The only remaining wild card is whether the Basilian Fathers will appeal the decision. When it was first announced in April 2018, the Basilians waited almost until the last minute to file the appeal, which was rejected Oct. 25. Talach said their appeal options are narrowing.

“The pyramid gets pretty narrow at the top, so it would be a real long shot to get (an appeal) in there,” he said. “They've got 30 days, and last time they waited 28 days. So again, more pins and needles.”

The appeals court did accept one of the Basilian arguments, on how to calculate interest owed on the award. The court ruled the five per cent interest added was not explained properly, and allowed an appeal of the interest. But bottom line, Talach said the difference is maybe $1,700, so it's not a concern.

“It's the other two precedents (punitive damages) and the economic loss, we always thought was clear and this makes it crystal clear,” he said. “The courts in Ontario had not spoken on the application of those somewhat confusing different thresholds and different evidentiary burdens in a childhood sexual abuse case. So this is a precedent in Ontario because it makes it crystal clear for folks.”

Talach encourages everyone to watch "PREY," which played Cinéfest last month, and that debuts on TVO on Nov. 19. It features a deposition of Marshall not long before he died, confessing to his crimes in a chilling, almost nonchalant tone.

“After Nov. 18, it's just going to be free on the Internet,” Talach said. “For people in your neck of the woods to a lot of it's really going to ring true.”

You can watch the trailer for "PREY" below: