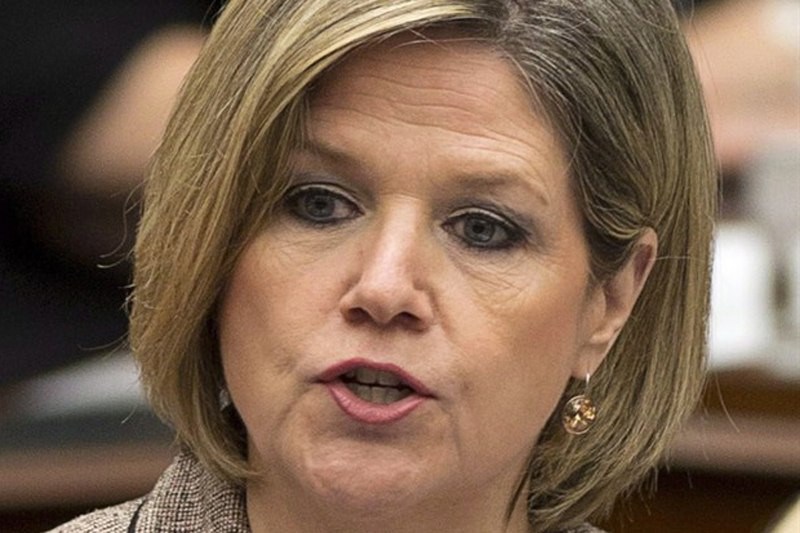 The Ontario NDP continued to hammer the Wynne Liberals during question period on Thursday surrounding issues with overcrowding at Ontario hospitals. (File)

The Ontario NDP continued to hammer the Wynne Liberals during question period on Thursday surrounding issues with overcrowding at Ontario hospitals.

NDP leader Andrea Horwath called on the Ontario Liberals to take action to address the overcrowding and hallway medicine crisis, citing the experiences of three patients who had been let down by the system.

Horwath talked about Hamilton couple David and Kristen Ronald, who spent six days stuck in a Costa Rican hospital because, they were told, there were no hospital beds available in Ontario to transfer David Ronald home to after a terrible accident. As a result, David had to have a second surgery – planned for Hamilton – in Costa Rica.

Horwath also told the Liberal government about Danny Marchand, a young man who spent 11 days in a Collingwood hospital after a skiing accident, waiting for a bed to open up in London, so he could go home and have the surgery he needed.

Finally, Horwath echoed Nickel Belt MPP France Gélinas' comments from a day earlier about the the experience of Leo, a Sudbury senior who spent 13 days receiving his medical care in a bathroom at Health Sciences North, his hospital bed pushed up against a toilet.

“Kristen and David, Leo, Danny and all the other patients and families who have been hurt by hospital overcrowding and hallway medicine – they deserve better than a government that continues to cut and squeeze the health care services we all depend on,” said Horwath.

Since May 2016, Horwath has been releasing internal hospital data obtained through Freedom of Information laws to shed light on the overcrowding issues being faced at hospitals across the province. She has met with patients, families and front-line health care workers throughout the province to hear their views and stories.

“The last Conservative government closed 28 hospitals and fired 6,000 nurses,” said Horwath. “The Liberals, Kathleen Wynne included, have had nearly 15 years to fix the mess, but instead they’ve made it worse with more cuts and budget freezes. And now the Conservative party is offering Ontarians nothing but $6.1 billion in further cuts. We don’t have to keep choosing between bad and worse when it comes to health care. We need a change – a change for the better.”

Horwath has promised that an NDP government will fund hospitals at a minimum, to the rate of inflation and population growth, and taking into account the unique needs of each community – things like aging populations.

She has vowed to implement a pharmacare program, a drug plan that covers everyone regardless of age or income – which is a proactive solution that will keep Ontarians healthier, and cut down on ER visits.

She has also committed to a moratorium on front-line health care layoffs.