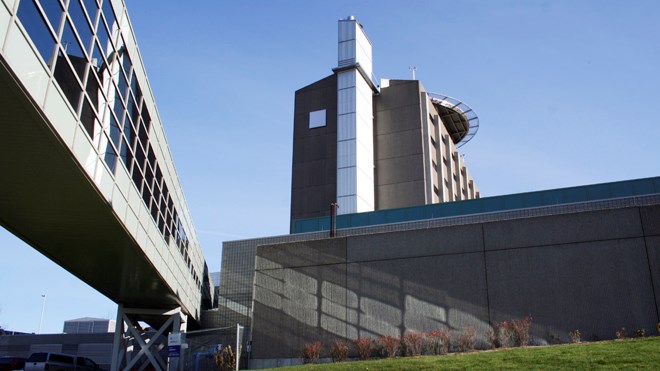 Health Sciences North says it’s waiting to hear from the Ministry of Health and Long-Term Care concerning its order that hospitals report vaping-related cases of severe lung disease to the province. (File)

Health Sciences North says it’s waiting to hear from the Ministry of Health and Long-Term Care concerning its order that hospitals report vaping-related cases of severe lung disease to the province.

Health Minister Christine Elliott announced yesterday that due to concerns about possible health issues related to vaping following a strange surge in severe breathing problems or illnesses that seem to be related to vaping, she was ordering all public hospitals in the province to report all possible cases to the government.

"In light of the growing evidence, I have become increasingly concerned about the prevalence and possible health consequences of vaping, particularly as they affect our youth," a statement released by Elliott reads. "At the same time, it has become abundantly clear that we do not have access to sufficient data and information to understand the potential scope of this issue."

Health Sciences North says it is waiting on further direction from the ministry regarding the order.

“Health Sciences North will continue to work with the provincial government to address health issues that impact our patients,” spokesperson Jason Turnbull told Sudbury.com on Wednesday. “We look forward to hearing more from the Ministry of Health and Long-Term Care about this request that will help provide critical information about the potential health risks of vaping.”

Elliot’s order came shortly after the Middlesex-London Health Unit announced that a teen from London was recovering at home after having to be put on life support due to a severe pulmonary illness, seemingly linked to vaping.

Officials say they believe it is the first case of its type in Canada.

Health Canada began urging people to watch for symptoms that include chest pain, diarrhea, vomiting, fatigue, cough and shortness of breath, and has said doctors and other health professionals should be asking their patients about e-cigarette use. This following reports in the U.K. and the U.S.A. of a mysterious illness that seems to be linked to vaping.

In the U.S., 380 confirmed or probably cases in 36 states and one territory. Of those cases, six people died. Nearly all cases occurred in young males and nearly all were linked to vaping cannabis oil or e-cigarette ‘juice’ that includes THC, the psychoactive ingredient in cannabis.

Middlesex-London Health Unit didn’t say if the London teen had been vaping a cannabis product.

U.S. officials say the six people who died had pre-existing lung conditions or problems that may have made them more vulnerable.

-With files from the Canadian Press

Rally against racism draws hundreds to downtown
Jun 3, 2020 9:05 PM
Comments
We welcome your feedback and encourage you to share your thoughts. We ask that you be respectful of others and their points of view, refrain from personal attacks and stay on topic. To learn about our commenting policies and how we moderate, please read our Community Guidelines.