MNRF procures contractor to pull ice hut from the water, where it had been for more than six months
0
Nov 8, 2019 2:45 PM By: Matt Durnan 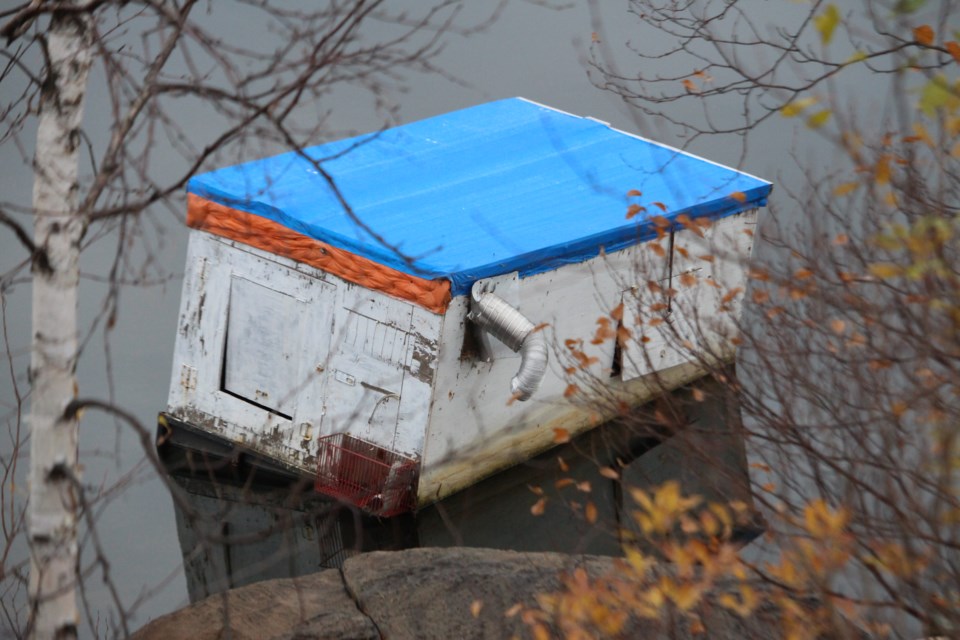 An ice hut that had been floating near the shore of Kelly Lake for more than six months was removed from the water on Nov. 7. (File)

An ice hut that had been floating near the shore of Kelly Lake for more than six months was removed from the water on Nov. 7.

The hut was first brought to the attention of the public by Sudbury Rainbow Crime Stoppers in April of this year, as it had been left abandoned on the melting ice of Kelly Lake.

No one claimed the hut and it remained partially submerged on the lake throughout the summer and into the fall. A group of volunteers had made an attempt to remove the ice hut earlier this year, but were told by the Ministry of Natural Resources and Forestry that doing so could result in fines.

Todd Herold, an avid outdoorsman, raised the issue of the abandoned ice hut with the MNRF and the Ministry of Environment, with little success.

"Who cares who owns the thing, get it out of the lake," said Herold in an interview with Sudbury.com last week.

"You might find information inside of it that leads to who owns it, but to leave it sitting there saying you don't know who it belongs to and it's not your responsibility is a terrible thing to do."

Less than a week after the story of the ice hut was published online, the MNRF confirmed that the ice hut has been removed from the waters of Kelly Lake.

"However in this situation the ministry procured a contractor and the ice hut was removed."

The enforcement branch of the MNRF is still investigating this situation and are asking for anyone who may have information on this matter to contact the ministry's tip line at 1-877-847-7667.