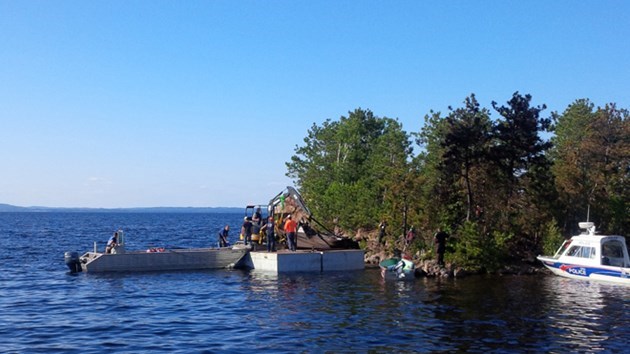 An inquest into three boating deaths on Lake Wanapitei five years ago will get underway in Sudbury next month. The tragedy exposed problems with Ontario's 911 system. The inquest is being held in tandem with an inquest into a fatality in 2014 in Ottawa, also related to issues with 911. (File)

An inquest into three boating deaths on Lake Wanapitei five years ago will get underway in Sudbury in October.

Dr. Dirk Huyer, Chief Coroner for Ontario, announced that dates have been scheduled for the inquest, which is being conducted in tandem with an inquest into a 2014 death near Ottawa.

“While the circumstances of these two incidents are different, the commonality shared among the four deaths concerns Ontario's 911 communications system,” the release said. “The Coroners Act permits a joint inquest where two or more deaths appear to have occurred in the same event or from a common cause.”

The inquest will examine the events surrounding each incident with the aim of enhancing understanding of the 911 communications system and the coordination of emergency responders.

The tragedy took place during the Canada Day long weekend in 2013. Matthew Humeniuk, Stephanie Bertrand and Robert Dorzek spent the day at their friend Michael Kritz's camp on Gavin Island, at the northeast end of the Lake Wanapitei.

The night of June 29, 2013, the group boarded a boat Humeniuk was operating to attend a party at the other end of the lake. Shortly after midnight, Humeniuk crashed the boat onto a small island. All four people on board were thrown from the boat and injured after the crash, according to documents submitted to the Sudbury courthouse.

From there, things only got worse. According to numerous reports, Dorzek, the only one able to call for help that night, phoned 911. That rescue effort — which took an hour — was hampered by a 911 dispatcher who had trouble finding the crash location, despite having been sent a map that included the GPS coordinates of the location.

That same dispatcher instructed Dorzek to light a signal fire to assist rescuers. But the signal fire caught onto the vegetation and brush on the island and spread to the boat. Humeniuk and Kritz were near the boat at that time, and were killed in the fire, which Dorzek was unable to fight on his own. Bertrand died in hospital July 8.

Dorzek first called 911 at 12:31 a.m. on June 30, 2013, but emergency services personnel did not arrive at the scene until 1:38 a.m. It reportedly took firefighters another 30 minutes after their arrival to bring the fire Dorzek had lit under control.

The inquest is expected to last 5 days and hear from approximately 38 witnesses. It will be held in Sudbury from Oct. 15-19 at the Lexington Hotel, 50 Brady St.

The jury may make recommendations aimed at preventing similar deaths.

Editor’s note: An earlier version of this story said the inquiry is expected to last 15 days. It has been corrected to five.