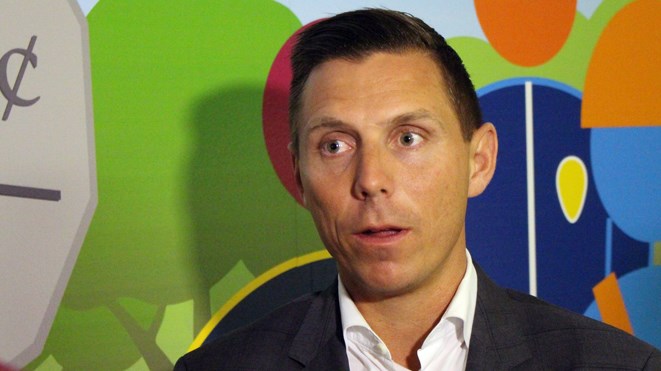 The hard right, populist turn Conservative parties in Canada have taken in recent years has earned them the die-hard support of their base of supporters.

But it has also alienated swaths of centrist and right-of-centre voters, limiting the party's growth beyond a certain core. Stephen Harper, the outgoing federal Conservative leader, pioneered the us-versus-them approach of the Canadian right, which culminated in the disastrous "barbaric culture practices" policy during the 2015 campaign.

When Justin Trudeau's Liberals swept to power, it was seen, in part, as a rejection of that type of politics. In Ontario, former PC Leader Tim Hudak's promise to fire 100,000 public servants if elected helped Premier Kathleen Wynne's Liberals gain a majority, despite a series of scandals that has dogged a party in power almost since the turn of the century.

Enter Patrick Brown, himself a former MP in the Harper government and the head of the Ontario Tories for little more than a year.

Since he threw his hat in the provincial ring, the MPP for Simcoe North has worked to revive the kinder, gentler party as it was under Bill Davis, rather than the hard right turn of Mike Harris.

Davis was was elected Tory premier in the 1970s, and his moderate conservative policies kept the party in power from 1971 until 1985. In an interview June 16 during a quick stop in Sudbury, Brown rejected the suggestion he's changed his politics since leaving Harper's Conservatives.

He hasn't changed, he said, people are just noticing him now.

"You don't get a lot of attention for your views when you're a backbench MP,” Brown said, sipping water on a hot evening at the Northern Water Sports Centre. “Now that I'm the leader of the party, my views get much more coverage, and I think who I am is coming out and how I really feel."

While the federal Tories opposed same-sex marriage as a party, Brown says that was never his approach.

"When I went to Pride events as an MP in Barrie, no one paid attention,” he said. “But when I'm the first leader of the PC party to ever take an official delegation to the Toronto Pride Parade, it was noticed.

"When I talked about cleaning up Lake Simcoe as an MP in Barrie, it didn't get covered beyond Barrie. The fact that now I'm talking about the seriousness of climate change and that we must combat it, that surprised a lot of people.

"You're not used to hearing those words coming out of a Conservative mouth."

Brown says memories of moderate conservative governments have dimmed, but a look at party's history tells the real story.

"I don't think this is a change, I think I'm actually going back to the party's roots,” he said. “Bill Davis created the first Ministry of the Environment. The acid rain treaty was negotiated by Brian Mulroney and Ronald Reagan. I think caring about the environment and supporting equality are principles that are conservative."

While it was former Liberal Prime Minister Pierre Trudeau who coined the phrase, “the state has no place in the bedrooms of the nation,” Brown said that's more of a conservative approach.

That last point is key for the party's future, in a province that's increasingly multicultural and accepting of the LGBTQ community. In recent years, party membership have been declining, he said, in part because of that intolerant edge.

A May opinion poll by Forum Research gave the Tories a five-point lead over the Liberals, 39-35, showing progress, but not enough for a clear majority. But Brown said things are trending the right way.

"Obviously, the polls are very encouraging, suggesting that we have a significant lead across the province,” he said.

"The approach I'm taking is one that's resonating — there's no monopoly on a good idea. We're being less partisan, we're focusing on making Ontario prosperous and building a larger party. That is the voice of the membership — I think that tack is working."

When asked if he feared alienating the base, causing harder right members to split, Brown said 70,000 new members show they're headed in the right direction.

"You talk about the new PC Party, well, the new PC Party is modern, it's inclusive, it's pragmatic and very much this new, larger membership absolutely shares my views," he said.

Next: the plan to win seats in Northern Ontario.