Vigil will be held in Memorial park at 6 p.m. on Friday June 11 to honour the family killed in what’s being called a hate-based attack in London on June 6th
Jun 10, 2021 5:00 PM By: Jenny Lamothe 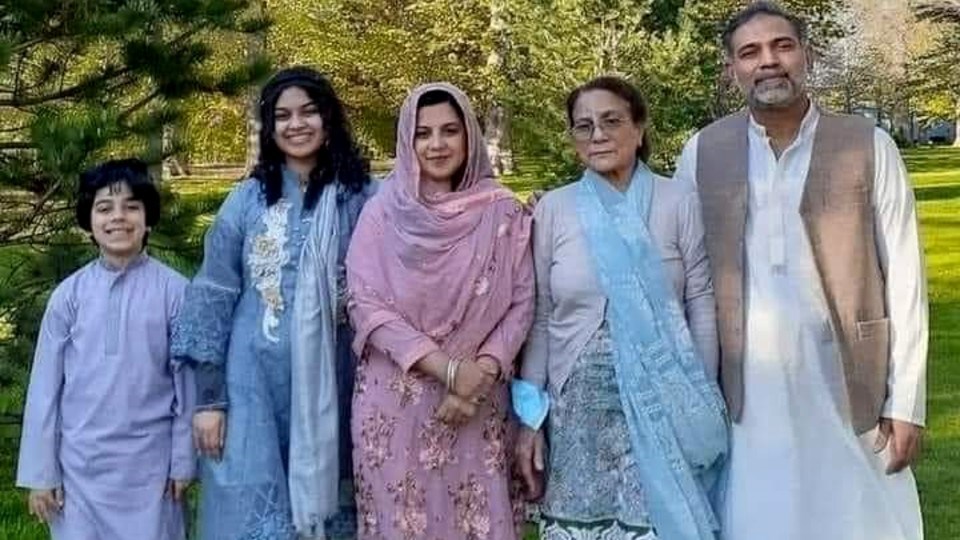 The Afzaal family was murdered on London, Ont. street corner when a pickup truck was deliberately driven into them June 6, killing all save one. Family members released an image of the Afzaals to media. They are (from left) the only survivor Fayez, nine, Yumna, 15,  mother Madiha, 44, paternal grandmother Talat, 74, and father Salman, 46. Supplied

The Islamic Association of Sudbury will hold a vigil at Sudbury’s Memorial Park on Friday, June 11, at 6 p.m., both to help the Muslim community grieve and to unite both Muslim and non-Muslim communites alike in the push for dialogue, anti-racist policies, and healing.

The vigil is to honour those lost on June 6 in the murder of the Afzaal family, a Pakistani Muslim family from London, Ont., who were standing at an intersection waiting to cross the street when a man rammed a pickup truck into them, killing all but the family’s young son.

“This tragic event happened in London, Ontario,” said Tay Butt of the Islamic Association of Sudbury.  “But this is something which can happen in Northern Ontario, it can happen anywhere. It happened in Quebec a few years ago, then it happened again in Toronto last year.” Butt is referring to what is known as ‘ideological violence,’ including the shooting of six members of a Quebec Mosque in 2017, and ten deaths caused by Alek Minassian in a van attack in Toronto.

The Islamic Association of Sudbury is holding a vigil along with other communities, said Butt. He says many Sudburians, both Muslim and non-muslim have left messages of solidarity with him and brought flowers to the mosque, located on Churchill Avenue.

Butt hopes all of Sudbury will attend and so the vigil will be held outdoors in an area that can accommodate COVID-safe protocols for outdoor gatherings.

“We are all part of the same Canadian cultural mosaic,” said Butt, “and I have received so many messages that they feel for us, it’s really touching. We don't feel in any way separated from our fellow Canadians.”

For more information, you can visit the Islamic Association of Sudbury at IASudbury.com. 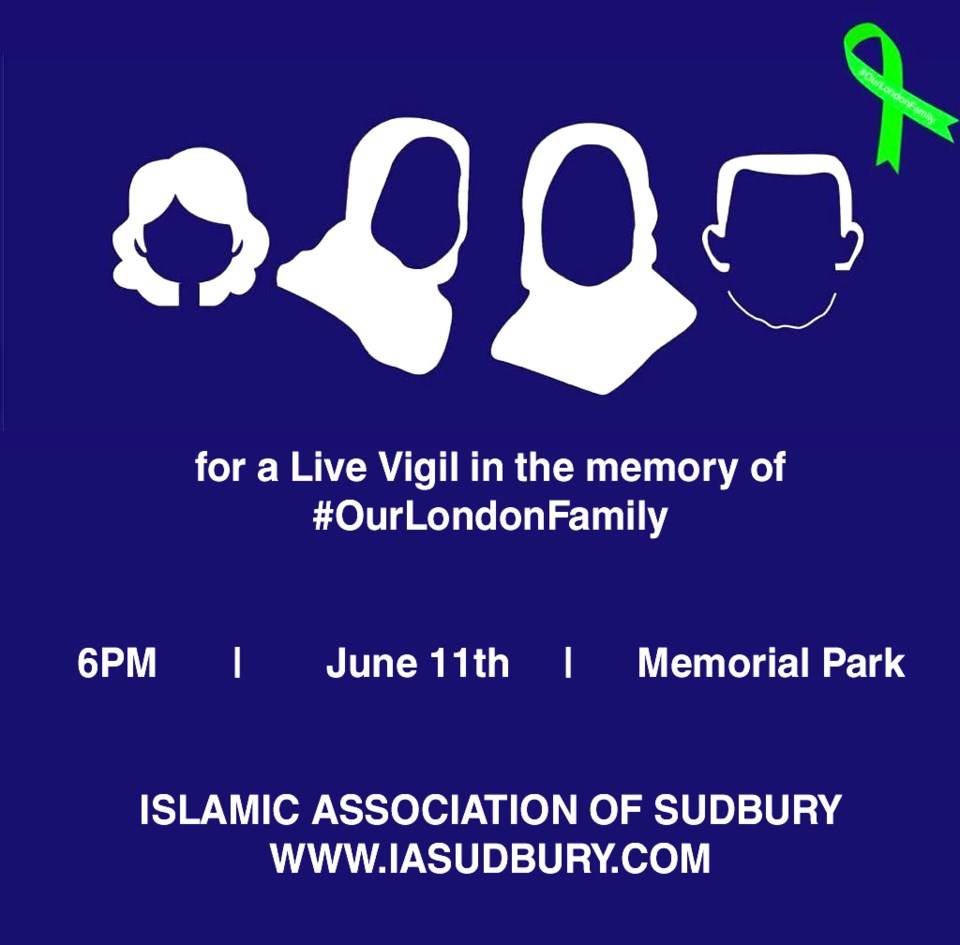 About the Author: Jenny Lamothe

Jenny Lamothe is a reporter at Sudbury.com. She covers the Black, Indigenous, immigrant and Francophone communities.
Read more