Kirwan: We need to hear from Valley East on the future of fire protection 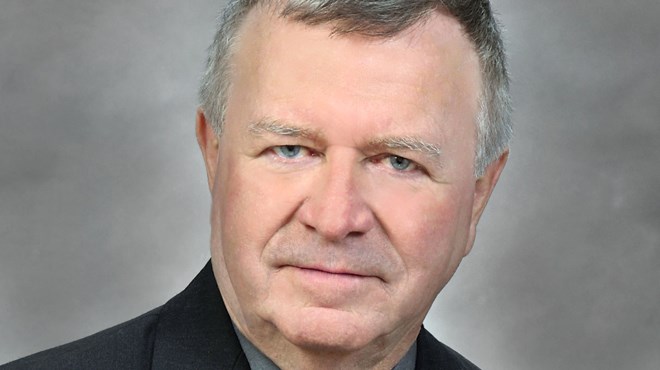 Robert Kirwan is the city councillor for Ward 5. (Supplied)

Ever since the new Station No. 16 was built in Val Therese in the mid-1990’s, residents of Valley East have been served by the current composite fire protection level, consisting of  two full-time firefighters on duty at all times plus volunteer squads of up to 15 at each of Station No. 15 (Val Caron), Station No. 16 (Val Therese), and Station No. 17 (Hanmer).

The full-time career firefighters respond to all calls and, depending on the nature of the incident, volunteers from one or more of the three stations are called to respond to support the full-timers. In recent years, due to the fact that it is getting more difficult to recruit and retain volunteers, the four-person full-time crew from New Sudbury also responds to all calls as a guaranteed back-up to Station No. 16 to ensure that there are sufficient firefighters in case there are not enough volunteers available.

An interest arbitration in August ruled that if we want to remain using full-time firefighters at Station No. 16, we must ensure that there are always four full-time firefighters on duty instead of just two. That ruling means that city council is going to have to make a decision on the fire protection level that will continue for Valley East.

It appears as if we have three fire protection service level options:

I have submitted a motion for the Nov. 24 city council meeting asking staff to prepare a report that will provide councillors with information on all of the possible fire protection options that can be considered for Valley East.

In addition, I would like to know the impact of each of those options on other areas of the city with respect to service levels and property taxes. Finally, I think that extensive public input needs to be sought on these options since a decision to retain full-time firefighters in Valley East will trigger an adjustment to the area rating, resulting in a three- to four-per-cent property tax increase for property owners in Valley East just to cover the additional costs of hiring 10 more full-time firefighters to comply with the arbitration award.

The Fire Protection and Prevention Act makes it clear that the decision to set, alter or adjust fire protection service levels in any municipality lies with the council of that municipality. But before we make any decisions, I would like to hear from the residents of Valley East to find out what level of protection they want moving forward.

The general feeling I am getting from my initial research is that the majority of Valley East residents want to continue to be serviced by a combination of full-time and volunteer firefighters.

We have had full-time firefighters supported by volunteers in Valley East since the 1970s and there doesn’t seem to be any desire to change to an exclusive volunteer service.

Valley East residents I have been in touch with are well aware that if we continue to use full-time firefighters, residential and commercial property taxes in Valley East alone will have to increase, again by about three to four per cent, to pay to have a full-time four-person career crew on duty at all times.

That will mean it is going to cost anywhere from $10 to $15 or more per month depending on the value of your home. Nonetheless, what I am hearing so far is that most people are willing to pay for this improved level of fire protection.

In fact, a lot of people have told me that they would have been willing to do this a long time ago in order to have the same service level as found in the Sudbury core.

This is a very important decision for the future of Valley East and I think all residents should have an opportunity to provide their opinions on the options available. I am convinced that at the end of the day residents will choose the enhanced composite service with four full-time firefighters, but public input on this matter is important.

Robert Kirwan is the city councillor for Ward 5.