Shawn Swords no stranger to international game, having worn Team Canada colours in more than 100 games
Jun 11, 2021 9:14 AM By: Sudbury.com Staff 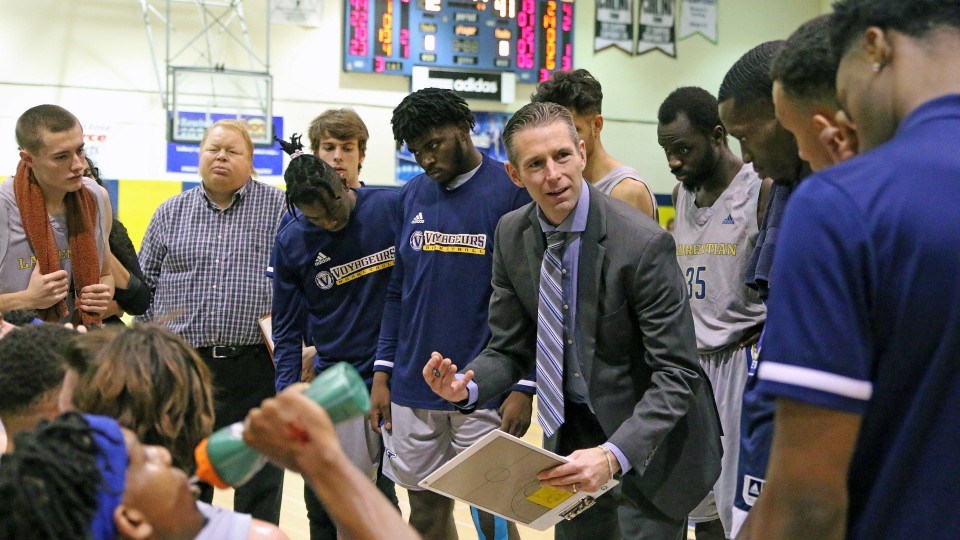 The head coach of the Laurentian Voyageurs’ men’s basketball has been tapped by Canada Basketball to serve as an assistant coach at the upcoming FIBA U19 World Cup in Latvia from July 3-11.

Shawn Swords will join a team led by former University of New Mexico head coach, Paul Weir, while a pair of OUA head coaches will serve alongside Swords as assistant coaches; Wilfrid Laurier’s Justin Serresse, who played under Swords at Laurentian from 2008-2010, and McMaster’s Patrick Tatham.

Swords is no stranger to the international game, having suited up in more than 100 games wearing the Team Canada colours, highlighted by a trip to the Sydney Olympics in 2000. On the sidelines, he was an assistant coach with the Canadian Junior National team in 2010 and 2011, the team leader of the U18 Canadian 3x3 team in 2012 and a guest coach with the Canadian Senior National team in 2012 and 2016. He also served as the assistant coach on the FISU Games Canadian men’s basketball team in both 2013 and 2015 and the head coach of the FISU team in 2019.

With all of that experience, Swords is excited to pass on his knowledge to some of this country’s best up and comers.

“Canada continues to produce some amazingly talented young basketball players,” he said. “I'm grateful for this opportunity to share with them some of the things I've learned as a former player and now coach.”

For the U19 squad, the upcoming World Cup will be more akin to a sprint rather than a marathon. After gathering on June 18 in Florida for a training camp, the squad will head to Daugavpils, Latvia where they will play their three round-robin games (against Japan, Lithuania, and Senegal) and their round of 16 game, all over the span of five days beginning on July 3. If the team makes it to the medal games, it will be a stretch of three games in three days, beginning with the quarterfinals on July 9 in Riga.

Despite the tight turnaround between games and, from a coaching perspective, the narrow window to prepare the players for their next game, the ability to play at all, in a World Cup no less, has Swords excited.

“It will be great to compete against the world's best.”