One of the most successful companies in the country, Tim Hortons, isn't perfect and continues to try to be better, says its vice-president of corporate affairs.
0
Sep 28, 2012 2:58 PM By: Northern Ontario Business Staff 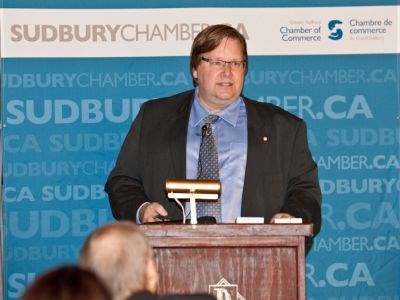 One of the most successful companies in the country, Tim Hortons, isn't perfect and continues to try to be better, says its vice-president of corporate affairs.

“We believe we are a good company; we strive to be a great company...If you are not reinventing yourself every five years, you might as well pack it in,” Bonikowsky told the Greater Sudbury Chamber of Commerce Sept. 27 at a business breakfast.

Since the chain was founded in 1964 in Hamilton by Ron Joyce, a police officer, and NHL hockey player Tim Horton, it has become part of the Canadian culture and serves 80 per cent of the coffee poured outside the home.

Forty per cent of customers visit a Tim Hortons at least four times a week, said the vice-president.

Bonikowsky, who joined the company five years ago after a successful career as a vice-president at Canadian Tire Corporation, said he would never imagine the chain known for coffee and doughnuts would today be serving fruit smoothies, beef lasagna and panini sandwiches.

The vice-president said community involvement, whether it is sponsoring hockey teams or free ice skating, is part of the company's success.

The company's namesake Tim Horton grew up in Cochrane. His family moved to Sudbury in 1945 and he attended Sudbury High School. The former Toronto Maple Leaf player was playing with the Boston Sabres in 1974 when he was killed in a car accident. He was 44.