Letter: Remember Montfort? Laurentian cuts will stoke the fire in the heart of the Franco-Ontarian community

An open letter to Dr. Robert Haché from a proud Laurentian alumnus: ‘There is no way that you did not know you were playing with fire; the fire within the Franco-Ontarian community. Do you remember what happened when the government decided to close l'Hôpital Montfort?’
Apr 21, 2021 1:00 PM By: Letter to the Editor 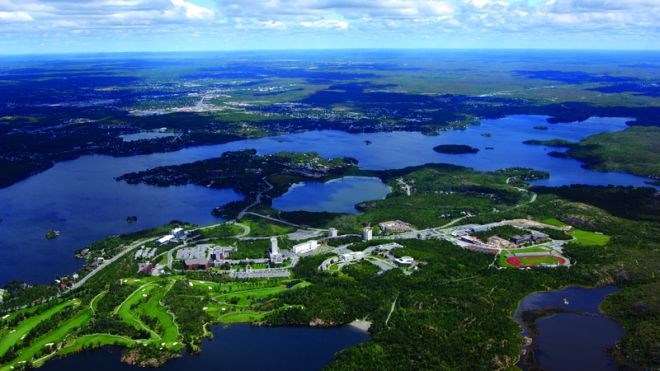 I am not writing this letter expecting a response. I am certain you have been inundated by them regarding the current situation at Laurentian. I do hope, however, that you can take a couple of minutes to read my message and reflect on its significance.

First, I'll introduce myself. My name is Mateo Casas Jiménez and I am a proud alumnus of Laurentian University. I obtained my B.A with a specialization in music and a major in French studies as well as a B.ED (Intermédiaire/supérieure).

Now that you know what I've studied, you probably realized that the aforementioned programs, all of them, have recently been discontinued. This is a great pity and an enormous loss, not only for Laurentian University, but also for the community of Sudbury and the Northern Ontario region.

At Laurentian, I had the privilege to immerse myself in the thriving Francophone community of the North. I have learned many lessons from the fabulous faculties at both le département d'études françaises and le département des sciences de l'éducation.

The professors in these faculties taught me the importance of having access to Francophone education and inspired me to join them in the fight to promote their language and culture. I witnessed the jewel that is the Francophone community in the North, and it is as vibrant as it is inclusive.

In my time at Laurentian, I, Mateo Enrique Casas Jiménez, Colombian by birth, became a Franco-Ontarien by choice.

Now, let me comment on the issue at hand. Although I do not know the details of Laurentian's current economic turmoil, I can probably infer that you inherited it from the mismanagement of the previous administration.

That being said, this circumstance does not immunize you from responsibility concerning both the economic sustainability of the university, which I can assume is your priority at the moment, and the culture and history of the institution.

The latter, Laurentian’s history, being the element that your administration has perhaps willfully ignored? But, perhaps not.

I have been giving it some thought and I concluded that it is impossible that you did not foresee the consequences of your administration's recent decisions. Robert Haché. That sounds French to me. There is no way that you did not know you were playing with fire; the fire within the Franco-Ontarian community.

Let me remind you: here are some of your own words from your inaugural address back in 2019:

In your speech, you demonstrated your awareness and understanding of the importance of Francophone education in the North and your responsibility to maintain and promote Franco-Ontarian culture, as well as the French language.

Perhaps you knew that inciting Franco-Ontarian pride would help save Laurentian? Here is to hoping that is the case.