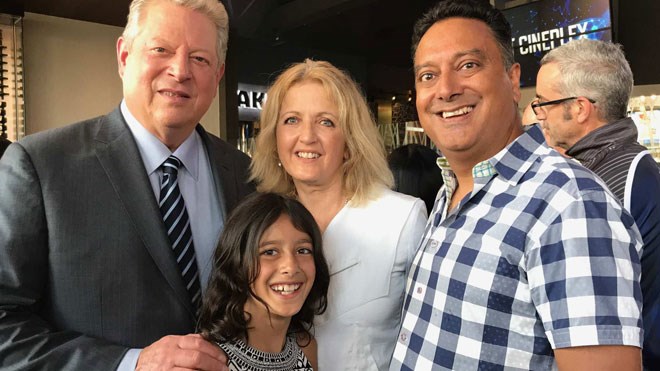 Carbon fee and dividend, the solution to tackle climate change proposed by Citizens’ Climate Lobby, has emerged as the default policy in Canada to price carbon and reduce the greenhouse gas emissions contributing to global warming, the group said in a news release Wednesday.

Beginning in 2019, Canada’s federal policy will put a rising fee on carbon emissions and return the revenue directly to Canadians. The federal policy is a backstop to cover the four provinces that have not initiated their own carbon-pricing policies. Nearly half of Canadians live in these provinces.

“We’re the little lobby that could,” said Cathy Orlando, CCL’s international outreach manager based in Sudbury. “Our patience and persistence has been rewarded with an effective program that puts Canada on the path to meeting its global obligation on climate change.

“Today’s announcement is also an affirmation of CCL’s approach to engaging government with an attitude of appreciation, respect and being nonpartisan.”

“For years, CCL grassroots lobbyists have pressed both the U.S. and the Canadian governments to enact carbon fee and dividend to bring heat-trapping emissions under control,” said Mark Reynolds, executive director of Citizens’ Climate Lobby, in the news release. “We’re thrilled that Canada is taking the lead with this policy, and we hope their decision will inspire the U.S. Congress to take similar action.”

The policy announced by Canadian Prime Minister Justin Trudeau applies a tax on carbon starting at $20 per ton in 2019, rising $10 per ton annually until it reaches $50 per ton in 2022.

Residents and businesses in Ontario, Saskatchewan, Manitoba and New Brunswick, the four provinces subject to the federal tax, will receive rebate checks that will exceed the amount of the carbon tax paid by the average family.

“It is free to pollute, so we have too much pollution,” Trudeau said in the announcement. “Starting next year, it will no longer be free to pollute anywhere in Canada. We are going to place a price on the pollution that causes climate change from coast to coast to coast. We’re also going to help Canadians adjust to this new reality.”

He said a family of four would receive $307 with their tax return this spring. That will more than double to $718 by 2022. Using one province as an example, Trudeau said, “Eight in 10 Ontario families will get back more than they pay.”

The policy also includes extra support for small, rural and remote Canadian communities. Trudeau promises that “every nickel” of the carbon pricing revenue would be returned to Canadians.

Since its inception in 2010, CCL Canada has lobbied relentlessly for Ottawa to adopt carbon fee and dividend, over the years holding 793 meetings with members of Parliament and generating thousands of letters to the editor and op-eds in support of the policy.

Earlier this month, CCL Canada held its fifth annual conference, sending 55 citizen lobbyists to Parliament Hill to meet with MPs. Throughout the 36 CCL chapters in Canada, volunteers also met with staff in the local offices of members of Parliament.

“The recent report from the IPCC warned us that we have little more than a decade to get our act together and take unprecedented actions to avert catastrophic climate change,” said Reynolds. “Carbon fee and dividend is one of those unprecedented actions that not only reduces our risk, but also protects our economy by putting money in people’s pockets.”