Paper co-authored by two other scientists focuses on their work on the mineral zircon
Dec 2, 2020 9:00 PM By: Sudbury.com Staff 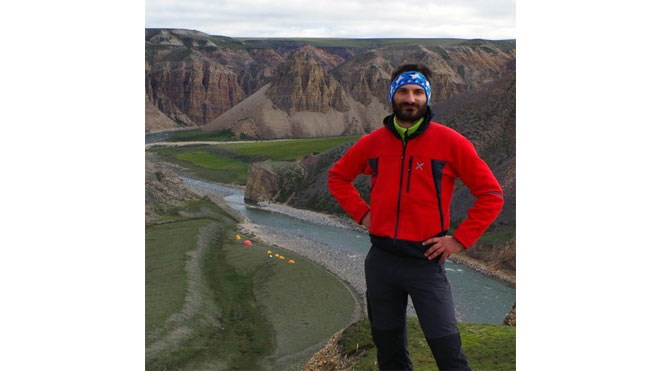 The assistant professor of sedimentology in the Harquail School of Earth Sciences has travelled far and wide in order to uncover valuable insights about Planet Earth.

This week, the renowned journal Earth and Planetary Science Letters shares some of his most significant findings.

The paper, co-authored by Jesse Reimink at Pennsylvania State University, Joshua Davies at Université du Québec à Montréal and Alessandro Ielpi at Laurentian University, posits a hypothesis of how the continents first formed billions of years ago.

Though there has long been consensus about the early formation of continents, the exact shapes, locations, and ages of those first pieces of dry land have long been under dispute.

The trio's work brings the field a step closer to pinpointing where and when this process began, and it’s thanks to their research on the mineral zircon (not to be confused with cubic zirconia of late-night infomercials fame).

Taking advantage of the mineral's resilience over the years proved to be the key to this work; zircon is so resilient that it has been described as a sort of time capsule.

Zircon forms in magmas that, once solidified, can be eroded by the elements. Zircon grains are then transported away and incorporated in sediments across the world. By dating the zircon in such sediments, researchers can reconstruct the size and distribution of previous rocks in a watershed.

At one time, Earth could more accurately have been called a waterworld, given that it was one globe-spanning body of water with little to no landmasses emerging above it.

By about three billion years ago, rock formations began poking through the water as the first continents gained relief.

Eventually, by about 2.5 billion years ago, the authors infer that continents similar in size to modern ones had been established.

To reach this conclusion, the authors have analysed a global database of published ages for zircon, and have developed a working theory of how dry ground came to be on this world.

Laurentian congratulated Ielpi, Reiminik, and Davies on their work, calling their findings a testament to their strengths as individual researchers as well as a testament to inter-institutional co-operation even amid the current pandemic.

"The collaborative work with Drs. Reimink and Davies is one of the most exciting aspects of my current research,” said Ielpi, in a press release.

“It is great to see how the study of surface processes on early Earth can be integrated with statistical analyses of large, independent datasets. To understand the emergence of modern-style continents in the planet's past is indeed a key goal in geology.”

"This discovery by Dr. Ielpi and collaborators is truly remarkable and demonstrates the power of curiosity, and ingenuity when passionate researchers with experiences from around the world come together to solve problems,” said Tammy Eger, vice-president of research, Laurentian University.