MacDonald: The Sudbury scandal with many losers, but absolutely no winners

The 2014 byelection is a textbook example of how political bush fires can get out of control, with damaging results
0
Oct 8, 2019 11:22 AM By: Darren MacDonald 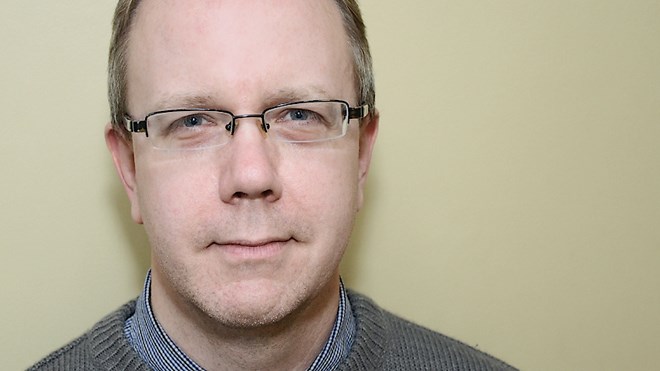 “Who is Brian Band?”

If there was a moment that summed up the absurdity of the Sudbury byelection scandal, it was when Crown prosecutor David Mckercher asked that question – to Brian Band.

The story is so cold now, it's hard to believe just how hot it was in late 2014 and early 2015. But it is unique in politics because it's a tale with many losers, but no winners.

A refresher: After stunning the political landscape by winning a majority in June 2014, the Liberal government of Kathleen Wynne lost the Grit stronghold of Sudbury by less than 1,000 votes in the same election.

It was well known in early 2014, months before the June vote, that Wynne was courting former Greater Sudbury Mayor Marianne Matichuk to run in the seat vacated by longtime cabinet minister Rick Bartolucci. Combined with a promise to fund its share of Maley Drive, Wynne and campaign director Patricia Sorbara believed they could keep the riding.

Joe Cimino, who many had assumed would run as a Liberal to replace Bartolucci, instead ran for the NDP. It was a divisive nomination for the New Democrats, with many in tears as Cimino was announced the winner.

While the Liberals in Southern Ontario were doing electoral math, however, they overlooked the fact Matichuk was not liked, to put it mildly, by the Liberal riding association. She was elected as a populist conservative in 2010 and was popular with the public, but she had no ties with the local party.

But viewing it solely through the lense of electability, Wynne and Sorbara wanted Matichuk as their candidate.

It was around February or March that year the media began to get an inkling of divisions among local Liberals. Andrew Olivier had already declared for the nomination, and news was getting around he wasn't happy with the party's attempts to push Matichuk into the role.

Fake news releases appeared in email folders about a supposed media conference to announce Matichuk as the candidate. While quickly debunked, it led to constant questions to Matichuk at events – is she running? Why is she suddenly so smooth answering questions? Did she receive candidate training from the Liberals? Why is she wearing a red outfit?

The heat and scrutiny was enough for Matichuk to turn the Liberals down. But the courtship alienated the local riding association, who was now almost hostile toward Wynne. Olivier was easily elected the candidate, but was now saddled with a riding association that disliked the premier. Despite the challenges, Olivier fared well, losing a close race to Cimino by less than 1,000 votes.

Then in November, Cimino delivered his own bombshell, suddenly resigning only a few months into his term. The Liberals quickly began the search for a byelection candidate. Olivier announced on Facebook he was running, and Matichuk, no longer mayor — and no longer hesitant — prepared to take him on in an open nomination.

At the same time, Thibeault, the popular MP who loved the late NDP Leader Jack Layton as much as he loathed new Leader Thomas Mulcair, made it be known he might be interested.

To the Liberals, Thibeault was the ultimate "unicorn" – a star candidate who was popular locally, knew politics and how it worked, and, most important, almost certainly would win.

Wynne and Thibeault met in Toronto on Nov. 30, 2014, and after he agreed to run, he asked his candidacy to remain secret until after Christmas, hoping to enjoy the holidays before the political shitstorm hit the fan.

Lougheed gave the news to Matichuk in December, who unhappily accepted the verdict, and then spoke with Olivier. Sorbara and Wynne also spoke with him, in their words trying to let him down easy by showing him he still had a future with the party.

Whatever their intentions, the effort blew up in their faces. Olivier went public at a news conference Dec. 15, 2014, dropping a political bombshell that reverberated for more than two years. He told reporters he was asked to withdraw from the race and publicly support another candidate (he didn't name Thibeault) who would be appointed to run.

In exchange, he would receive a government job. “I told them I already have a job,” he said at the time.

When he was accused of making the story up, Olivier released recordings of the conversation with Lougheed and Sorbara, saying he didn't record his chat with Wynne. The transcript didn't sound good, but whether illegal things were being discussed was less clear. Were they trying to tell him he still had a future with the party, or were trying to induce him to go quietly? And in any event, was any of it illegal?

Whether he hoped his revelations would prompt Thibeault, like Matichuk, to retreat, is something only Olivier knows. But it worked for the June election, and at the trial it was described as Olivier's “Hail Mary pass” to try and salvage his chances to run for the Liberals.

Instead, Thibeault announced he was the candidate — no Christmas respite for him — and he and Wynne did the media rounds trying to dampen the outrage. The apoplectic New Democrats, suddenly at risk of losing two seats in Sudbury, hammered Thibeault and the Liberals with accusations of betrayal and bribery. Combined with the Conservatives, the Sudbury scandal dominated at Queen's Park.

Despite the drama, Sorbara worked with Thibeault to focus on the byelection, which he won handily in February 2015.

That brings us to the 2017 trial and former Thibeault staffer Brian Band, sitting in the witness box, being asked to identify Brian Band.

“I'm Brian Band,” he said, to quiet chuckles in the courtroom.

Media covering the trial back in 2017 quickly realized the Crown's "A-team" was not prosecuting the case. Crown lawyers looked hesitant and disorganized. When former Premier Kathleen Wynne testified, she was given the wrong documents to refer to during questioning, causing a delay in her testimony.

As details of the Crown's case became clear, so too did the reasons why the Crown's A-team would have passed. Sorbara was accused of offering Thibeault a "bribe" by offering to pay Band and another staffer, Darrell Marsh, for working on the February 2015 byelection.

The "bribes" were stipends — combined totalling $4,800 — for staff who worked on campaigns. Thibeault later testified he was asking Sorbara whether the Liberals offered them because they were offered by the NDP.

Thibeault's staff were giving up paid jobs with a popular MP to follow him across a political minefield and into an uncertain political future. If you put aside the red hot political climate at the time, it's tough to make an argument that you can bribe someone by offering them less than they already have.

And for the Crown to prove they were trying to bribe Olivier not to be the candidate, they would have to show he was, at some point, the candidate. It became clear at the trial Olivier was told Thibeault was their guy, even if Wynne had to appoint him. You can't bribe someone to surrender something they don't have.

Many losers, no winners

So why was all the money spent? Why did the case come to trial when the evidence was so thin, it was dismissed by directed verdict without the defence even having to present its case?

Now that the Liberals are out of power — decimated in the 2018 election — and the political heat is off, it's clear it was primarily a political prosecution. Police and the Crown seemingly felt pressure to proceed with the case to avoid accusations of favouritism in a stormy political environment.

Whatever the reasons, the case forced Sorbara out of the inner circle of government, and removed her voice from the disaster that was Wynne's four years in power. Instead of breaking from the Liberal past, which included the infamous gas plant scandal, Wynne ignored the effect of skyrocketing hydro prices on average Ontarians.

Then she put Thibeault, whom she had spent so much political capital on, in charge of the Energy ministry and made him the face of the Fair Hydro Plan. But that plan had a $4-billion Easter egg inside — hidden interest costs that made the plan far more expensive than it first appeared. It was structured to hide debt so the Grits could pretend to balance the books as they had promised.

Thibeault had to go out and try and defend an indefensible government decision. It got worse when Wynne abandoned the balanced books promise to announce more spending in a desperate attempt to cling to power.

If Sorbara — the architect of the 2014 win — had been around, would things have been different? Despite being cleared at trial, she recounts in her book how she was ousted from her position with the Liberals in a series of internal political manoeuvres that shows the most savage political battles often take place among those nominally on the same side.

Then there's Lougheed, who has raised more money for more causes in this city than anyone else I can think of. Despite also being cleared, he has not been able to fully restore his reputation. He was stung badly last year when his attempt to return to the Greater Sudbury Police Services board failed. Lougheed had been chair but resigned when he was charged.

Thibeault, who was stung by Wynne himself during last June's campaign when she suddenly admitted the party was doomed, served one term before falling to New Democrat Jamie West. He went from very popular MP to provincial cabinet minister and then back to private life in less than four years. In between, he received death threats, his family was harassed and he was even spit on.

And finally, there's Olivier, who is now politically radioactive for breaking the cardinal rule of airing so much dirty laundry in public.

All for what, you may wonder. It reminds me of a quote from Dalton Camp, a red Tory who died in 2002,  who said "politics is made up largely of irrelevancies."

Here are six stories to start your day
Jun 5, 2020 6:00 AM
Comments
We welcome your feedback and encourage you to share your thoughts. We ask that you be respectful of others and their points of view, refrain from personal attacks and stay on topic. To learn about our commenting policies and how we moderate, please read our Community Guidelines.