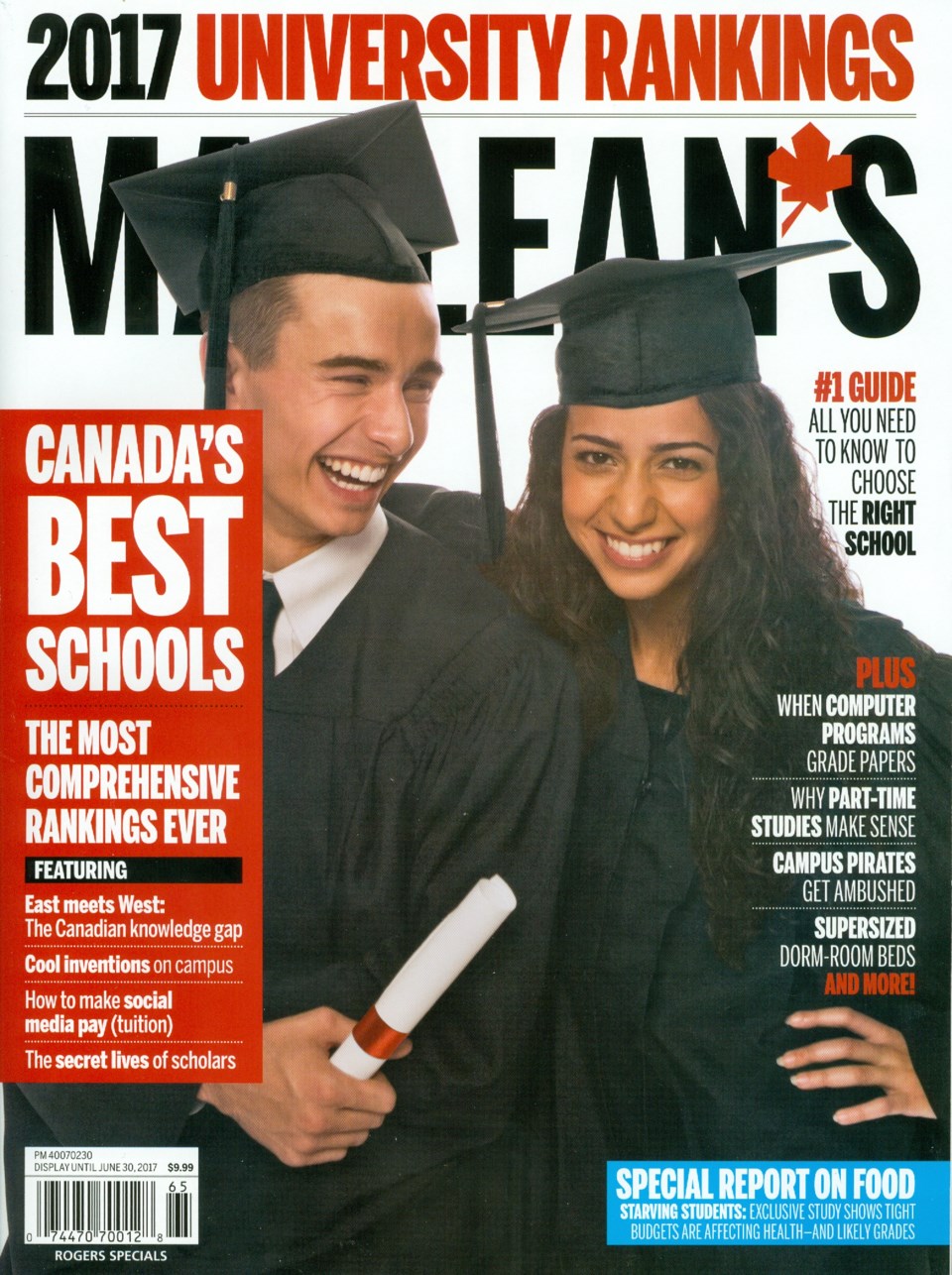 While Laurentian University has ranked 10th in its category for the second time in three years in the Maclean's Magazine university rankings, the information shows there's some areas where it doesn't rank so highly. File photo.

Laurentian University fell three spots in Maclean's Magazine's reputational survey, and it ranks near the bottom when it comes to social sciences and humanities grants and the percentage of professors with Ph.D degrees.

That's the bad news. But in the overall rankings, Laurentian has cracked the top 10 in its category for the second time in three years in the magazine's annual Canadian university rankings edition.

The universities are ranked on the broad categories of students, faculty, resources, student support and reputation, with several sub-categories in each of these areas.

For the second year in a row, the University of Northern British Columbia ranked first in the primarily undergraduate category, while our northern neighbour Nipissing University ranked last.

Lakehead University in Thunder Bay tied with the University of Ontario Institute of Technology for 11th spot.

LU president Dominic Giroux said while he's always cautious not to “fall in love” with the numbers, he's “pleased” with the results.

Given there's 19 universities in the primarily undergraduate category, that means Laurentian is in the middle of the heap.

When asked if the university might make its way closer to the top, Giroux said “everything's possible.”

“As I've said in the past, this is not a sprint, this is a marathon,” he said. “I think it's important to show continuous improvement over time, as we've been doing since 2009.”

He said he's confident that when some of Laurentian's current projects kick in — including its recently-announced new research centre — there'll be some positive impacts on the rankings.

The reputational survey, which accounts for 15 per cent of the overall score, is distributed to university faculty and senior administrators, high school guidance counsellors and businesspeople across the country.

Last year, Laurentian ranked 11th on the reputational survey — a jump of five spots over its 16th place ranking in 2014. But this year, it ranked 14th.

“Again, I'm very cautious about commenting about the numbers both on the years when they go up and when they go down,” Giroux said.

“Because again, it would easy for a university president to say in a year that it goes up, 'Oh, it's because we've done X,' and that person would have to backtrack the following year if his or her institution's rankings goes down.”

In this year's rankings, Laurentian improved in six areas, remained unchanged in four and declined in four.

Its worst rankings are in social sciences and humanities grants, where the university is ranked 16th this year — it was 18th last year — and library expenses, where it's also 16th.

Laurentian's best rankings are for operating budget and library acquisitions, where it's first.

Giroux explains the social sciences and humanities grants by saying every university has its strengths, and Laurentian's is science and engineering. But the 16th place ranking is an improvement over 2009, when it was 20th.

He said the library indicators and operating budget are related.

Because Laurentian has the highest operating budget, it can be spending as much as other universities on its library, even if it's a lower percentage of its overall budget.

The magazine also includes some additional information not used in the overall rankings.

At 81.8 per cent, Laurentian ranks third last when it comes to the percentage of faculty who have a Ph.D, a first professional degree or a terminal degree (other highest-level degree) in their field.

Giroux said this number has stayed fairly stable over the years. Our northern neighbours, Lakehead and Nipissing, both rank significantly higher than Laurentian in this area.

“It all depends on the program mix that each university has,” Giroux said. “There's some programs where you'll have accreditation expectations that it be Ph.D professors and so forth.

“But there's other programs — I'll take midwifery for example, which is one of our big programs — where it can be more challenging to find Ph.D professors to teach a program like that.”

Giroux said the number of LU students with an average entry grade of 85 per cent or above has nearly doubled since 2009, while those with grades below that has declined about 16 per cent in the same time.

To read Maclean's Magazine's annual university rankings, visit the magazine's website or pick up a copy at a local newsstand.