Challenge for both mathematicians and the federal government is a lack of data in some cases -  and "noisy" data skewed by many factors in others - making it hard to predict the course of the disease in Canada
0
Mar 25, 2020 10:00 PM By: Canadian Press 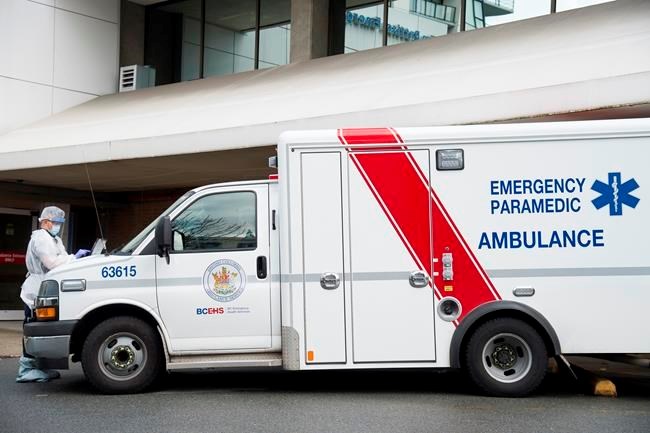 VANCOUVER — When Caroline Colijn sees the daily numbers of new cases of COVID-19 in Canada, she looks for certain things.

As a disease modelling expert, she says the effects of the measures we're taking today to limit the spread of the novel coronavirus may not appear for weeks.

But when they do, if effective, they should begin to appear as declines in the new number of cases relative to the days before and, ultimately, no new cases.

"As long as the testing remains consistent, even seeing lower rises or no rises or declines — all of those would be fine," said Colijn, who is the Canada 150 research chair in mathematics for evolution, infection and public health at B.C.'s Simon Fraser University.

The decline in new cases is crucial to "flattening the curve," once considered math jargon that has become part of every day language as the public educates itself about the pandemic.

When health experts talk about the curve as it relates to COVID-19, they are referring to the number of active cases over time. In a pandemic, the goal is to ensure the peak of the curve falls below the health-care system's capacity to deal with it.

But the challenge for both mathematicians and the federal government is a lack of data in some cases — and what Colijn called "noisy" data skewed by many factors in others — making it hard to predict the course of the disease in Canada.

On Monday, Health Minister Patty Hajdu said the federal government continues to ask the provinces to release more precise data, and has offered help to do so if their staff levels are stretched.

Ashleigh Tuite, associate professor of epidemiology at the University of Toronto, said graphs circulating that show the potential path of COVID-19 in Canada come with "huge amounts of uncertainty" for several reasons.

First, we're still learning about disease transmission and behaviour. Second, confirmed cases reflect the recent past, not the present, because of the virus's incubation period. And third, testing protocols have shifted and many people who have symptoms consistent with COVID-19 will never be tested, meaning modellers don't have accurate numbers to work with.

"Unfortunately the reality is that the data that we have to basically get a sense of what's happening in terms of disease transmission is quite messy," she said.

"So those clean lines you see in the graphs are not really reflective of what we're going to see in reality."

Still, modellers are doing what they can with the data available. In Tuite's models, the worst-case scenario would see about 70 per cent of the Canadian population contract COVID-19. The best case scenario would be a vaccine, but that's not arriving in the short term.

In reality, we're somewhere in the middle, where measures like social distancing and self-isolation will be key to flattening the curve, she said.

Shortly after schools were closed in Ontario, Tuite created a model showing social distancing could delay the peak of the epidemic by up to one year and reduce the number of cases in that province by 50 to 60 per cent.

"The delay is important because that gives us time to build capacity" in the health-care system to deal with COVID-19, she said. "But even when you have the social distancing, at the peak you still have more cases than the current capacity that we have."

The health-care system's ability to cope with the new coronavirus is also a moving target and the limiting factor with COVID-19 has typically been ventilators and hospital beds. Tuite said she has created models using an estimate of 1,600 ventilators in Ontario, but the number of ventilators can be increased over time.

Trudeau announced last week that the government would offer cash to manufacturers that shift their assembly lines from making auto parts, for instance, to ventilators.

Whether the models are exactly accurate, Tuite, Colijn and others emphasized the importance of sticking to social distancing measures, even if they don't initially appear to work.

The incubation period means there will be a delay and relaxing the practice too soon is known to lead to second waves of a virus.

"Social distancing relaxation has been shown to be a reason why there may have been a second wave of SARS and the H1N1 pandemic," said Jane Heffernan, director of the centre for disease modelling at York University in Toronto.

"It's really tempting to think, 'OK, we did that for a day or two' and then relax it for a little bit because it's really hard to do," Colijn said.

"But I think right now the best thing Canadians can do is really to maintain these social distancing measures and try to flatten that curve out so that we see — even if we still see rises — they are as small as they possibly can be and they're nowhere near where they would have been if we had gone ahead and left everything unchanged."