"It's sad what you'll do for a headline" says Bigger after multiple interruptions from Ward 2 councillor
Jun 24, 2020 5:00 PM By: Matt Durnan 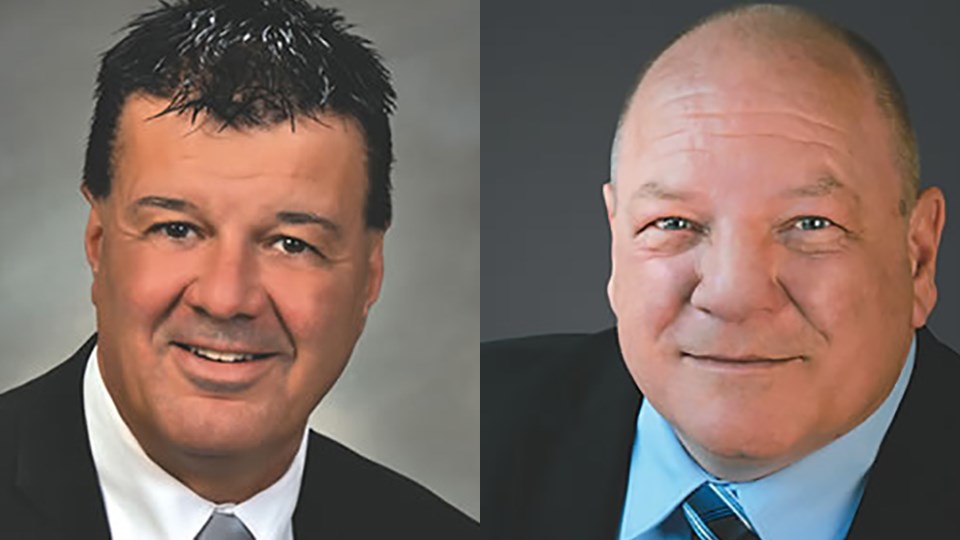 Greater Sudbury council defeated a motion Tuesday night that would have seen three municipal campgrounds remain closed for the 2020 season.

While the opposition to closing the campgrounds was nearly unanimous, with only Ward 7 Coun. Mike Jakubo and Ward 9 Coun. Deb McIntosh voting in favour of keeping the campgrounds closed, there were some testy moments, culminating with Mayor Brian Bigger scolding one of his councillors.

Ward 2 Coun. Michael Vagnini was the first to speak up against keeping the municipal campgrounds during Tuesday's meeting, and though he and the mayor voted the same way, it was Vagnini's string of side comments that ultimately pushed the mayor to fire back.

The councillor has seemingly had some difficulty adjusting to council's new online meeting format, often blurting out comments while others are speaking and repeatedly apologizing for forgetting to mute his microphone.

One of the first instances of this was during a May 19 meeting, when Vagnini brought forward a members' motion to have the former Copper Cliff Fire Hall designated as a building of cultural heritage value.

As votes in favour of Vagnini's motion piled up and the realization that his motion would be passed, Vagnini exclaimed, "Holy sh*t," unaware that he had not muted his microphone. The councillor was apologetic to the mayor and council for his slip up on that Tuesday evening.

More than a month and two more city council meetings later, it seems as though the mute button is still causing some issues for the councillor, as his comments could be heard on multiple occasions during the June 23 meeting when it was not his turn to speak.

Who fired first can be debated, as Bigger and Vagnini were at odds from the early stages of the discussion about potentially keeping the city's campgrounds closed. Vagnini made mention that Centennial Park campground was "very profitable."

"It's a very successful campground," said Vagnini. "Centennial Park is very profitable and it doesn't cost us anything to run that campground."

Bigger asked for clarification from staff on Vagnini's statements, indicating that the city's reasoning behind keeping the municipal campgrounds closed was a cost avoidance measure in order to try to avoid a COVID-related tax increase.

"Mr. (Steve) Jacques (general manager of community development), if you can please reply because there's a belief out there that our campgrounds are very profitable for city taxpayers," said Bigger.

Before Jacques could offer an answer, Vagnini could clearly be heard to say, "I can't believe this," apparently in response to the mayor’s request for clarity on the profitability of city-run campgrounds, quickly followed by, "I'm sorry I should've muted, I apologize Mr. Mayor."

The councillor also cut in while Ward 4 Coun. Geoff McCausland was asking questions of staff; again, the debate of who fired first could be brought up as McCausland opened his opportunity to speak with a comment directed towards Vagnini.

On more than one occasion in the past, Vagnini has referred to COVID-19 as an "evil virus", and when it came time for McCausland to ask questions of staff he took the opportunity to clarify the nature of COVID-19.

"First of all I just want to clarify that the coronavirus, although it has had a terrible impact on many individuals and businesses, is neither good nor evil, it is a naturally occurring virus," said McCausland.

The Ward 4 councillor asked staff if it would be possible for the three campgrounds to have their temporary RV camping spots used as seasonal spots in order to expand the capacity at the campgrounds and create more cost recovery opportunities.

Jeff Pafford, director of leisure services replied that the weekly campsites do have the same amenities as the seasonal sites and could accommodate seasonal renters. McCausland followed up by asking Pafford why the cost of maintaining 24 campsites at Whitewater Lake Park in Azilda was nearly the same as maintaining 52 campsites at Centennial Park in Whitefish.

"They are certainly different sites in nature, so those costs are reflected right out of our 2019 actuals, so any charges with those respective costs are part of the analysis that staff have provided," said Pafford. "I would just suggest that they are very different sites, the three sites that are in question."

Just as Pafford finished responding to McCausland, Vagnini jumped in, saying "you're comparing apples to hamburgers". McCausland replied, "ok, Coun. Vagnini" and said that he would appreciate it if he waited for his turn.

Vagnini quickly backed up and again apologized for forgetting to mute his mic, but this time it appeared the mayor had had enough of the interruptions.

The mayor thanked Sizer for his comments and was abruptly cut off by Vagnini, who commented, "Good job, Al, good job."

This seems to have been the final straw for the mayor, who stopped the conversation and directed his attention at Vagnini.

"Coun. Vagnini this is not high school," said Bigger.

Again, Vagnini pointed to the technology as the reason for his interruption.

"I apologize Mr. Mayor, I thought I was muted, I apologize," said Vagnini.

"Now councillor Vagnini you can't use this..." said Bigger.

"Thank you Mr. Mayor, I appreciate that comment," responded Vagnini.

Both Bigger and Vagnini voted in opposition to shutting down municipal campgrounds for the remainder of the 2020 season, a motion that was defeated by a count of 11-2.

‘She was our hero’: Mom thanks business owner for small gesture that meant a lot
Jul 7, 2020 9:11 AM
Comments
We welcome your feedback and encourage you to share your thoughts. We ask that you be respectful of others and their points of view, refrain from personal attacks and stay on topic. To learn about our commenting policies and how we moderate, please read our Community Guidelines.