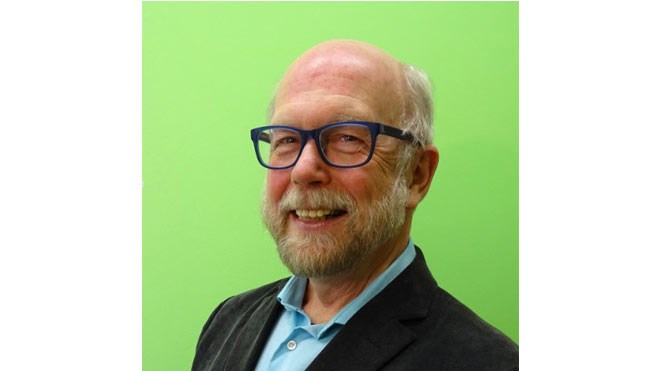 Bill Crumplin is one of 11 people running for the mayor’s seat in Greater Sudbury. (Supplied)

Mayoral candidate Bill Crumplin is calling the city’s spending on the Kingsway Entertainment District project “reckless” and again calling on Mayor Brian Bigger and the rest of council to hit the brakes.

“The only prudent thing to do while the zoning appeals need to be resolved is to stop spending taxpayer's money,” Crumplin said in a release to media this week. “Spending $8.5 million of taxpayer's money to grade and prepare private property that hasn't even yet been zoned for an arena is the height of fiscal incompetence.

“As mayor, I would never gamble like this with taxpayer's money.”

Crumplin was referring to an $8.5-million contract awarded to a Sudbury company to prepare lands within the Jack Nicholas Industrial Park on the Kingsway, as part of the Kingsway Entertainment District project.

“The fact is, the underlying lands owned by the developer have been in a draft approved industrial plan of subdivision for eight years now. When the City approved that subdivision in 2010, the plan was for the developer to prepare the site himself. Now, taxpayers are spending $8.5 million to pick up his costs,” Crumplin said.

“The fact is that the land can't be transferred from the developer to the City until the subdivision is registered. Registration can't happen until zoning is in place. And the City's options agreement specifically requires that zoning be in place prior to our purchase. But the zoning by-law is at the LPAT, and there's a very real probability that the LPAT will not allow the zoning.

“Knowing that zoning is key here, Mayor Bigger and council are determined to keep spending tax money to prepare lands which may never benefit average taxpayers.”

The Local Planning Appeals Tribunal is holding a case management conference on the appeals filed against the Kingsway Entertainment District in November and is expected to respond to the appeals by June 2019 they will issue a ruling on the 12 appeals that have been filed.

“I understand that the city believes it has a good case to make at the LPAT,” Crumplin said. “But experts who have looked into this, including economic experts, planning experts, and those involved in hockey and the entertainment industry, have all pointed out the flaws of moving our arena out of the downtown.”

Crumplin’s latest release also refers to “secret agreements” he says the city has struck regarding various aspects of the project.

“It may be that the city has a way of recouping tax spending going towards site prep costs that benefit a private developer should the arena zoning fall through, but we just don't know,” says Crumplin. “It may be the city has tied the developer up in legal knots, but taxpayers have no way of knowing, because we've never seen the secret agreements. I've asked the city for them, but I've heard nothing back.

“Knowing what the city is spending to help a private developer is in the public interest. Knowing for sure that city isn't engaging in bonusing, which is prohibited by the Municipal Act, is in the public interest. The mayor has had plenty of opportunities to assure Greater Sudburians that our tax dollars are being spent responsibly, but he's failed to deliver. As a taxpayer, this is intolerable. As a candidate for Mayor, I know that I would do better. That's not even a promise – that's a given.”

David Popescu found guilty of hate speech - again
Sep 23, 2020 9:00 PM
Comments
We welcome your feedback and encourage you to share your thoughts. We ask that you be respectful of others and their points of view, refrain from personal attacks and stay on topic. To learn about our commenting policies and how we moderate, please read our Community Guidelines.