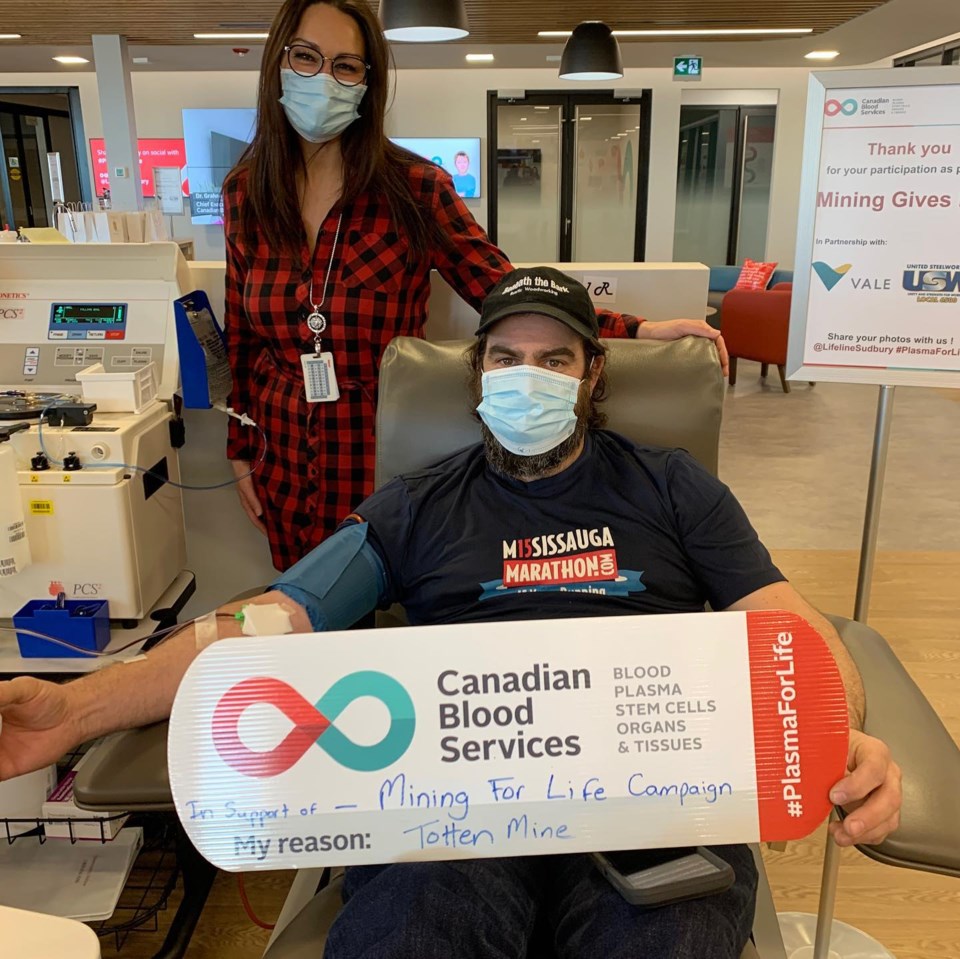 Teri-Mai Armstrong, the business development manager at the Canadian Blood Services (CBS) in Sudbury, is driving a new campaign for the month of March. The campaign is called Mining For Life.

"The real goal of the campaign is to help the donor centre collect 1500 units of life saving plasma during the month of March," said Armstrong.

Armstrong said she has approached several companies already, but she is also asking the industry to reach out to the Canadian Blood Services which has a large plasma donation operation in Sudbury.

Already, she said, scores of donors have come through the doors at the new centre at 900 Lasalle Boulevard in just the first week of March. Armstrong added that March has 1,800 appointment spaces available.

The centre operates six days a week, Tuesday through to Sunday and the centre is able to handle up to 88 donors a day. Armstrong can be reached by email at terimai.armstrong@blood.ca or by telephone at 705-677-4845. Armstrong said email is likely the easiest.

Armstrong said every mining group will be issued a partner number to allow CBS to track the donors.

"There is a friendly competition now going on between the mining companies, and even within the companies, we've got different groups competing such as the office staff versus the mining staff," said Armstrong.

She said the Mining For Life event is the first annual event for Sudbury and she said each company will be competing for bragging rights as well as a trophy plaque engraved with the name of the winning team and their winning year.

Armstrong said aside from bragging rights, the plaque is also a yearly reminder of the lives that are saved each time a person becomes a plasma donor.

"So far the initial response has been really positive," said Armstrong.

She added that COVID-19 protocols are in place at the blood plasma donor centre on Lasalle as a way to keep everyone healthy.

"People have to feel comfortable to come and donate," said Armstrong.

"You know there is a lot going on with COVID. Also it is crucial that we fill all these appointments because the need for plasma doesn't stop just because there's a pandemic," said Armstrong.