A bear cub found wandering around Garson this week will spend the next year or so in captivity at the Wild at Heart Wildlife Refuge Centre in Walden.
May 29, 2015 8:58 PM By: Darren MacDonald 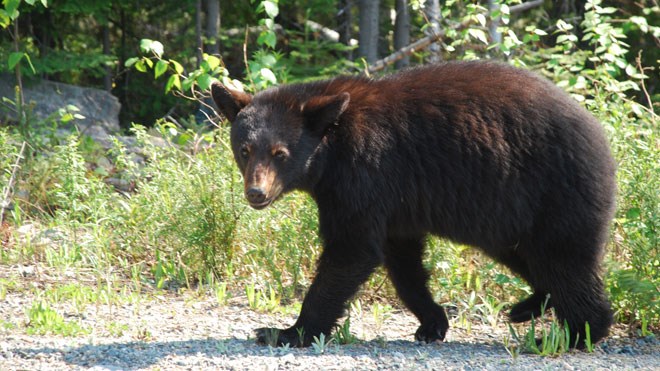 Bill Mauro, Liberal MPP for Thunder Bay-Atikokan, is set to introduce a private members bill aimed at expanding bear hunting in Ontario. File photo.
A bear cub found wandering around Garson this week will spend the next year or so in captivity at the Wild at Heart Wildlife Refuge Centre in Walden.

Garson resident Shane Whitford said Friday the Ministry of Natural Resources captured the infant cub after it had been wandering around the neighbourhood for about three days.

It weighed less than 30 pounds, and some residents had started hand-feeding it, prompting a visit from Greater Sudbury Police who shooed people away.

"The MNR set out a trap, but the bear never went into the trap," Whitford said Friday. "So they came out in the morning and they put a noose around its neck."

Because the cub is so young, MNR officers told him that it needs time to grow before it can survive on its own.

"They're going to hold it in captivity for about a year, then they'll release it back into the wild," Whitford said. "They figured the mother was probably dead.

"They said anything over 55 pounds, they release back into the wild, but anything under that, they put into captivity until they're big enough to take care of themselves."

The animal refuge centre (wahrefugecentre.org) helps an average of 800 wild animals a year, caring for them until they recover from injury or are old enough to survive on their own in the wild.


Safety tips if you should encounter a bear:

– Remain calm. Often the bear is just passing through. If it doesn’t find a food source, it will move on.

– Drop any food you are carrying. Empty your pockets, drop your lunch or knapsack to the ground.

– Slowly back away. Don’t turn your back and do not run.

– Warn others to keep away. Make loud noises.

– Tell your neighbours a bear is in the area.


Bears may display defensive behaviours towards humans if:

-- It's scared, intimidated or harassed (for example, a person or dog enters its personal space).

-- It's defending itself, its food (carcass, garbage) or their cubs.

-- The bear’s escape route is cut off.